He is married to Lucie Richards and has three children. He was the first child of Keith Richards and Italian actress Anita Pallenberg. Keith Richards is best known for being the guitarist, and secondary vocalist of the band the Rolling Stones. He plays rhythm and lead guitar and has also released the solo albums Talk Is Cheap in 1988, Main Offender in 1992, and Crosseyed Heart in 2015. Keith Richards hit #3 on the US Mainstream Rock chart with his singles "Take It So Hard" and "Wicked As it Seems". Marlon's mother Anita Pallenberg passed away in 2017. His father Keith Richards married Patti Hansen in 1983. 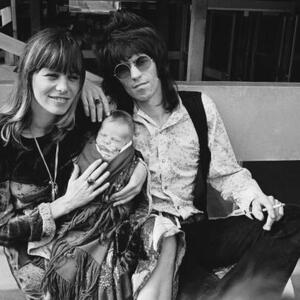