in Richest Business › Producers
I. Marlene King Net Worth:
$5 Million

Marlene King net worth: Marlene King is an American writer, producer, and director who has a net worth of $5 million. Marlene King is best known for being the executive producer and showrunner of the ABC Family television series Pretty Little Liars. King wrote the movie National Lampoon's Senior Trip in 1995.

The same year she wrote and associate produced the film Now and Then. In 2006 she wrote the screenplay for the film Just My Luck. From 2013 to 2014 she created, wrote for, directed, and produced the television series Ravenswood. King also created, wrote, executive produced, and directed the TV series Pretty Little Liars since 2010. In 2000 she won a Women in Film Lucy Award. In 1997 King was nominated for an Online Film & Television Association Award for If These Walls Could Talk. 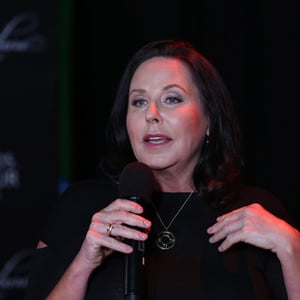