What is Mark Rober's Net Worth?

Mark Rober is a YouTuber, inventor, and engineer who has a net worth of $5 million. Mark Rober is best known for his YouTube videos focusing on popular science and DIY tools. Before becoming a star on the social media platform, he worked at NASA for nine years as an engineer, during which time he contributed to the development of the Mars Curiosity rover. Rober also worked at Apple for four years as a product designer in the Special Projects Group.

Mark Rober was born in either 1980 or 1981 in Orange County, California. He became interested in engineering early on in his life, and demonstrated both his curiosity and industriousness by creating a pair of goggles that prevented the buildup of tears while one cut onions. Rober took this passion and skill to his higher education, attending Brigham Young University as a mechanical engineering major. He went on to enroll in graduate school at the University of Southern California, from which he earned his master's degree.

In 2004, Rober joined the Jet Propulsion Laboratory at NASA. He spent nine years working there, seven of which were focused on the development of the Curiosity rover, an automobile-sized rover designed to explore the Gale crater on Mars. Additionally, Rober developed hardware for a number of missions launched by the Jet Propulsion Laboratory, including the Mars Science Laboratory, the Gravity Recovery and Interior Laboratory, and the Soil Moisture Active Passive. At NASA, Rober was among the main architects of the comprehensive knowledge-capture wiki known as JPL Wired. Further, he published a case study on applying wiki technology in high-tech organizations in order to record corporate knowledge.

While at NASA, Rober started making videos on an array of topics, including April Fools' Day pranks and tips and tricks for beating escape rooms. Many of his videos also centered on scientific matters such as water purification and sand fluidization. 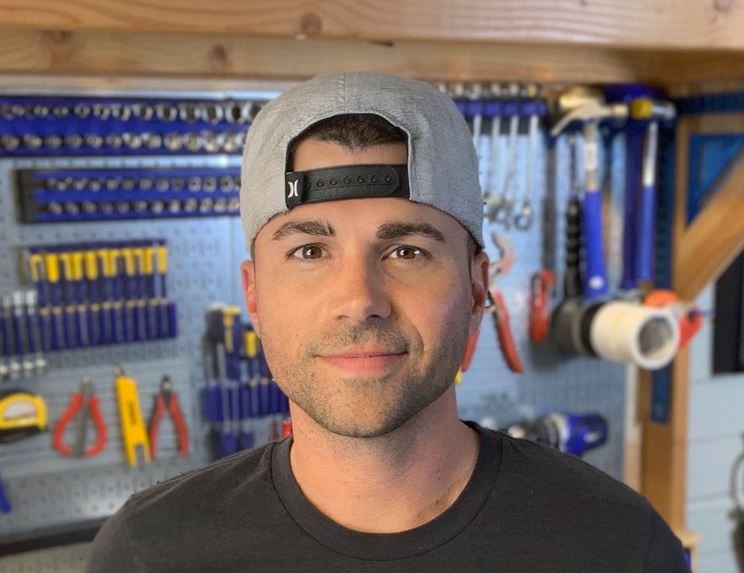 Rober uploaded his first video to YouTube in October of 2011. In the video, he exhibited a custom-made Halloween costume created using a pair of iPads that made it appear as if his body was transparent. This video ended up going viral, racking up over one million views in a single day. Rober's channel continued to take off, drawing several millions of views and subscribers over the subsequent years. In December of 2018, he had one of his most successful uploads with a video showcasing his prank on package thieves, which involved the thieves being sprayed with a fetid odor and doused in glitter. In just one day, the video accumulated 25 million views. Later, Rober found out that two of the thieves were friends of someone he had hired to catch the real package thieves. Over the following two years, he made and presented upgraded versions of the glitter bomb.

In October of 2019, Rober launched one of his biggest projects yet, in partnership with fellow YouTube MrBeast: it was called #TeamTrees, a collaborative fundraiser that aimed to raise $20 million to plant 20 million trees. The donations went to the Arbor Day Foundation, which began planting in January of 2020. By the end of the year, the project had raised $23.6 million. The trees are planted all around the world, with locations including Brazil, Canada, China, Haiti, Kenya, Peru, Nicaragua, the United States, Thailand, Turkey, the United Kingdom, and Indonesia. Rober followed this project in 2021 with #TeamSeas, another collaborative fundraiser launched with MrBeast. This project was designed to raise $30 million for cleaning up seas and beaches, removing a pound of marine debris for each dollar donated.

Due to the viral success of his 2011 Halloween YouTube video, Rober established the online Halloween costume company Digital Dudz in 2012; it specializes in app-integrated costumes of the kind seen in his original video. Over its first three weeks of operation, the company amassed $250,000 in revenue, and by 2013 was selling its products in retail stores, including Party City. Digital Dudz's costumes were featured on a number of channels and television programs as well, including CNN, Discovery Channel, and "The Today Show." In 2013, Rober sold the company to the UK-based spandex company Morphsuits. Also prompted by one of his YouTube videos, Rober collaborated with software engineer Jim Browning and multiple state and federal entities to use the glitter bomb he created to target and arrest money mules at scam-call centers.

Among his other endeavors, Rober has written articles for Men's Health; given TEDx talks entitled "How to Come Up with Good Ideas" and "The Super Mario Effect – Tricking Your Brain into Learning More"; and appeared multiple times on "Jimmy Kimmel Live!" With Kimmel, he starred on a hidden-camera show on the Discovery Channel. From 2015 to 2020, Rober served as a product designer in the Special Projects Group of Apple Inc., working on the company's on-board entertainment for its self-driving cars. For this project, he wrote a pair of patents related to virtual reality technology.

With his wife and son, Rober resides in Sunnyvale, California. Due to his son's autism diagnosis, he does advocacy work to raise awareness of the condition.