Mark Hudson Net Worth: Mark Hudson is an American record producer, musician, and songwriter who has a net worth of $10 million. Mark Hudson was born in Portland, Oregon in August 1951. As an actor he first appeared in the film Zero to Sixty in 1978. He starred in the TV series Sara in 1985. Hudson has also produced, written, and directed for TV and film. He served as musical director and composed the theme music for The Late Show in 1986. Hudson was a vocal coach on The X Factor from 2005 to 2006. He was the musical composer for Dog the Bounty Hunter from 2009 to 2012 and provided music for Ice Road Truckers from 2007 to 2013. He has twice been nominated for a Razzie Award for Worst Original Song. Mark was a member of the Hudson Brothers trio and has worked with many popular musical acts such as Aerosmith, Ringo Star, Cher, Hanson, Ozzy Osbourne, Harry Nilsson, and the Baha Men. His brother Bill Hudson was married to Goldie Hawn and Mark is the uncle of actress Kate Hudson and actor Oliver Hudson. He has been romantically linked to Cher. 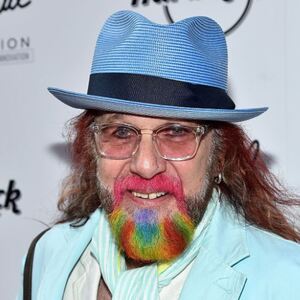