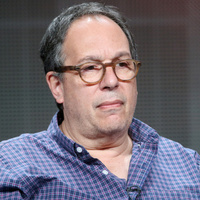 Mark Gordon Net Worth: Mark Gordon is an American television and film producer who has a net worth of $65 million. Mark Gordon was born October 10, 1956 in Newport News, Virginia. He is the President of the Producers Guild of America. Mark Gordon's first producing effort was an Off-Broadway production of The Buddy System at Circle in the Square in New York City, New York. He is notable for his work in the television programs Grey's Anatomy, Criminal Minds and the hit film Saving Private Ryan. Some of his other works include an ABC Afterschool Special, the film Speed, the film The Patriot as well as the films Opportunity Knocks, Paulie, The League of Extraordinary Gentlemen, The Day After Tomorrow, Laws of Attraction, Casanova, The Painted Veil, Talk to Me, The Chronicles of Narnia: The Silver Chair among others. Mark Gordon has two daughters and was formerly married to their mother, Karen Villeneuve (1997-2003). On June 18, 2011, his ex-wife Karen married Diana, Princess of Wales's brother Charles Spencer (9th Earl Spencer) and gave birth to his seventh child in July 2012. Gordon married Sally Whitehill in December of 2011.