Mario Testino net worth: Mario Testino is a Peruvian fashion and portrait photographer who has a net worth of $8 million. Mario Testino was born in Lima, Peru in October 1954. His work ahs been featured in magazines including Vogue, Vanity Fair, V Magazine, and GQ. Testino has created images for many brands including Gucci, Versace, Burberry, Michael Kors, Stuart Weitzman, Chanel, Estee Lauder, Carolina Herrera, and more.

He also works as a creative director, museum founder, guest editor, and art collaborator. Mario Testino has been described as "the world's most prolific magazine and fashion trade photographer" by Aaron Hicklin. Testino formed the company MARIOTESTINO+ in 2007 to provide creative direction, brand strategy, art direction, graphic design, and more. He has received many honors including the Elle Style Award, the British Style Award, the Hero Award, the Commitment Award, British GQ Man of the Year, best Photographer in the World Award, and more. 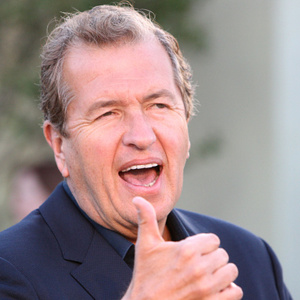