How much is Marcy Carsey Worth?

Marcy Carsey net worth: Marcy Carsey is an American television producer who has a net worth of $500 million. Marsey Carsey is best known for her work with producer Tom Werner and the two formed the company Carsey-Werner Productions in 1981. Together the created and executive produced many shows, notably Roseanne, That 70's Show and The Cosby Show.

Marcy Carsey was born in Weymouth, Massachusetts in November 1944. She is a member of the George Foster Peabody Awards board of jurors. She has served as executive producer or co-executive producer for several television series starting with Oh Madeline from 1983 to 1984 and also including Chicken Soup, Grand, The Cosby Show, Frannie's Turn, A Different World, Townies, Roseanne, Grace Under Fire, Cybill, Damon, Days Like These, Cosby, God, the Devil and Bob, Normal, Ohio, 3rd Rock from the Sun, Men Behaving Badly, That '80s Show, The Tracy Morgan Show, Whoopi, Good Girls Don't, Game Over, The Scholar, Grounded for Life, That '70s Show, and more. Marcy Carsey won a Primetime Emmy Award in 1985 for The Cosby Show and has been nominated for several other Primetime Emmys. She won a Women in Film Crystal Award in 1990 and a Women in Film Lucy Award in 2000.

Real Estate: Marcy owns an incredibly valuable portfolio of real estate in Los Angeles, primarily in Malibu. In 2015 she purchased a beachfront Malibu home for $10.65 million. She listed this home for sale in January 2019 for $13 million. In 2015 she sold a different Malibu mansion to Jimmy Iovine for $60 million. She bought the home from Richard Gere for $10 million in 1995. She owns at least two other Malibu homes including the house where Brad Pitt and Jennifer Aniston married in 2000. She owns a home in Santa Monica, a condo in Park City, Utah + a 10-acre parcel not far away, a condo in Bel Air, a home in Westwood and perhaps more. 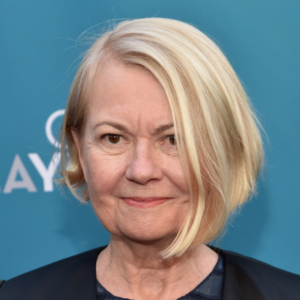