Marc Kinchen net worth: Marc Kinchen is an American DJ and music producer who has a net worth of $10 million. Marc Kinchen was born in Detroit, Michigan. He is best known for house music and released his debut studio album Surrender (with Alan Simon) in 1993. Kinchen has also released the albums Defected Presents House Masters: MK in 2011, Defected Presents MK In The House in 2013, and Defected Presents House Masters: MK (Second Edition) in 2013. He has had #1 singles on the US Dance Club chart with the songs "Always" (featuring Alana) and "Love Changes" (featuring Alana). Kinchen has also done several remixes of songs by artists such as Bastille, Pet Shop Boys, Ellie Goulding, Lana Del Ray, HAIM, Nile Rodgers, Sam Smith, Thirty Seconds to Mars, Disclosure, Pitbull, Terrence Trent D'Arby, and Bobby Brown. 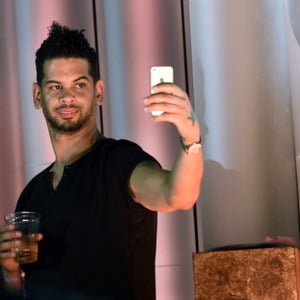