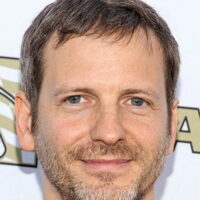 What is Dr. Luke's Net Worth?

Lukasz Gottwald, AKA Dr. Luke, is an American record producer, songwriter and the owner of two publishing companies. Dr. Luke has a net worth of $200 million. As of this writing, Dr. Luke has won two Grammys. He has written and/or produced hundreds of songs for popular artists including more than 20 songs that have charted on the Billboard Top 40 chart.

Lukasz Sebastian Gottwald, better known as Dr. Luke, was born in Providence, Rhode Island, on September 26, 1973. His family is Jewish. His father, Janusz Jerzy Gottwald, was an architect from Łask, Poland. Many of Dr. Luke's formative years were spent in New York City. His original dream was to be a drummer, but drum kits were not allowed in the house by his parents. Instead, when he was thirteen, he taught himself how to play the guitar using his older sister's guitar. He was a student at the Manhattan School of Music for two years.

In 1997, Dr. Luke joined the Saturday Night Live Band as their lead guitarist. He remained in this position until the 2006-2007 season, when he left the show. During this time, he had many side projects that he worked on. One of these projects was producing tracks and remixes for artists like Arrested Development and Nappy Roots. He also released his own music with Rawkus Records under the name Kasz.

Dr. Luke started the publishing company Kasz Money Publishing as a vehicle for his own songs that he wrote. He also started the company Prescription Songs. Through Prescription Songs, he hired prospective young artists to write songs for pop musicians. Many of these songwriters he hired, including Ke$ha and Katy Perry, have gone on to enjoy very successful music careers of their own.

While working as a DJ at a house party, Dr. Luke met Swedish producer Max Martin. They formed a friendship, and Martin became like a mentor to Dr. Luke. Over the last 20 years, Dr. Luke and Max Martin are responsible for virtually every single pop song that has dominated music charts around the world. Dr. Luke's first truly successful mainstream hit was Kelly Clarkson's song "Since U Been Gone" (2004), which he co-wrote and co-produced with Martin. They also produced her hit "Behind These Hazel Eyes". During the 2000s, other major hits he produced include "Who Knew" (2006) and "U + Ur Hand" (2006) by P!nk, "Girlfriend" (2007) by Avril Lavigne, "I Kissed a Girl" (2008) and "Hot n Cold" (2008) by Katy Perry, and "Circus" (2008) by Britney Spears. As a result of the successes of his work, Billboard named him on their list of Top 10 Producers of the Decade in December 2009. Then, in 2010, at that year's ASCAP Pop Music Awards, he was named Songwriter of the Year. In total, between 2006 and 2009, Dr. Luke received ten Pop Music Awards from ASCAP. Other artists Dr. Luke has worked with include B.o.B., 3OH!3, Ke$ha, One Direction, Trey Songz, Ne-Yo, Big Boi, Kim Petras, and Doja Cat, among others.

In 2011, Dr. Luke partnered with Sony Music Entertainment to launch Kemosabe Records. Sony gave him the right to hire his own staff, sign artists he wanted, and develop his own talent, but the tradeoff was that he was limited to producing records for only Sony artists until 2016. After the singer Ke$ha accused Dr. Luke of rape, Sony began distancing itself from him, and he was removed from the official Sony Music website in April 2017. Also that month, Sony announced that he was no longer serving as the CEO of Kemosabe Records.

In September 2013, rumors began to circulate that Kesha and Dr. Luke were not getting along, and that the artist was demanding to be let out of her contract. A few months later, Kesha checked into a rehab center to treat an eating disorder. Her mother would allege that Kesha's eating issues were a result of Dr. Luke's pressures. In October 2014, Kesha sued him, claiming sexual assault, battery, gender violence and various forms of harassment. He then counter-sued. After more than a year of back and forth legal fighting, the lawsuits were settled out of court.