Louis D'Esposito net worth and salary: Louis D'Esposito is a film producer, director, and business executive who has a net worth of $10 million. Louis D'Esposito is best known for being the Co-President of Marvel Studios. Before working for Marvel, he served as an associate producer for the movies Another You and Basic Instinct. D'Esposito has executive produced several successful films including S.W.A.T., Zathura: A Space Adventure, The Pursuit of Happyness, Iron Man, Iron Man 2, Thor, Captain America: The First Avenger, The Avengers, Iron Man 3, Thor: Dark World, Captain America: The Winter Soldier, Guardians of the Galaxy, Avengers: Age of Ultron, Ant-Man, Captain America: Civil War, Doctor Strange, Guardians of the Galaxy Vol. 2, Spider-Man: Homecoming, Thor: Ragnarok, Black Panthers, Avengers: Infinity War, Ant-Man and the Wasp, and more. He also executive produced the television series Agent Carter from 2015 to 2016. Before that he worked as a second unit director or assistant director for many movies including Sweet Home Alabama, I Know What You Did Last Summer, Demolition Man, Major League, and more.

Louis D'Esposito salary: Louis D'Esposito's base salary at Marvel is $3 million. He may also earn additional compensation through bonuses and profit participation on movies. 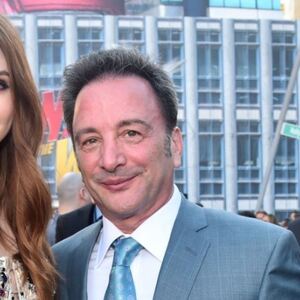