Lou Pearlman Net Worth: Lou Pearlman was an American impresario of successful boy bands who had a peak net worth of $300 million dollars. He is credited with launching such boy bands as the Backstreet Boys and N'Sync. It should be noted that by the time he died in 2016, Lou was deep in dept to investors who had been defrauded in a scheme that resulted in a 25 year sentence for Pearlman.

Lou Pearlman was born on June 19, 1954 in Flushing, New York. His first cousin is folk singer Art Garfunkel (of the former group Simon & Garfunkel). As a teenager, Pearlman managed a band but when success in music eluded him, he turned his attention to aviation. During his first year as a student at Queens College, Pearlman wrote a business plan for a class project based on the idea of a helicopter taxi service in New York City. By the late '70s, he had launched the business based on his business plan, starting with one helicopter. He convinced German businessman Theodor Wüllenkemper to train him on blimps and spent time at Wüllenkemper's facilities in Germany to learn more.

At some point in the 1980s, the boy band New Kids on the Block leased one of Pearlman's jumbo jets for their tour. This peaked Pearlman's curiosity. How could a bubble gum music group afford to rent one his largest planes for months? The realization of how much money could be made in boy band industry inspired Lou to launch Trans Continental Records with the intent of mimicking the boy-band business model. The label's first band, the Backstreet Boys, consisted of five unknown performers selected by Pearlman in a $3 million talent search. Management duties were assigned to a former New Kids on the Block manager, Johnny Wright, and his wife Donna. The Backstreet Boys went on to become the best-selling boy band of all time. Pearlman and the Wrights repeated this formula (almost exactly) with the band N'Sync, which sold over 55 million records globally. Pearlman had become a music mogul. He went on to create and mentor other boy bands and even one girl band, Innosense.

In 2006, it was discovered that Pearlman had perpetrated one of the largest and longest-running Ponzi schemes in American history, leaving more than $300 million in debts. He was subsequently apprehended (on the run) and pleaded guilty to conspiracy, money laundering and making false statements during a bankruptcy proceeding. In 2008, Pearlman was convicted and sentenced to up to 25 years in prison. He died on August 19, 2016 while incarcerated. 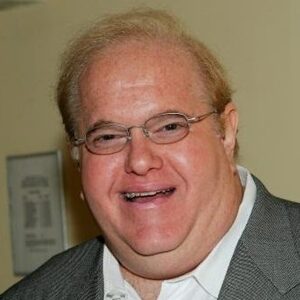