What is Lou Adler's Net Worth?

Lou Adler is an American record and film producer and film director who has a net worth of $250 million. Lou Adler is best known for founding Dunhill Productions and Ode Records and producing the works of such famous artists as the Mamas & the Papas, Cheech & Chong, and Carole King. For King's 1971 album "Tapestry," he won Grammy Awards for Album of the Year and Record of the Year. Among his other endeavors, Adler produced the 1975 film "The Rocky Horror Picture Show," and is the co-owner of the Roxy Theatre in West Hollywood, California.

Lou Adler founded Dunhill Records, in 1964. Under his label, Adler discovered the Mamas and the Papas. Using profits from their consecutive hits he co-produced the groundbreaking Monterey International Pop Festival which took place from June 16 to June 18, 1967. On the stage of the three-day concert event, American audiences got acquainted with the likes of The Who, Otis Redding and Jimi Hendrix.

In the summer of 1967 Adler sold Dunhill for $3 million to ABC Records, and later that year he founded Ode Records. With this new label came numerous new successes, including the instant hit album Tapestry (1972) by former songwriter Carole King, as well the cult-phenomenon The Rocky Horror Show, a gender-bending British musical he later adapted into a seminal cult movie titled, The Rocky Horror Picture Show (1975). He directed Cheech and Chong's debut film, Up in Smoke in 1978. He eventually withdrew from the movie industry, directing his attention on charitable organizations while serving as one of the industry's most knowledgeable sounding boards.

Lou Adler was born as Lester Louis Adler on December 13, 1933 in Chicago, Illinois to Jewish parents Josephine and Manny. He was brought up in the Boyle Heights neighborhood of Los Angeles, California.

Adler began his music career paired with Herb Alpert as a co-manager of the rock duo Jan & Dean. Soon, Adler and Alpert took up songwriting, and composed the track "River Rock" for Bob Landers and the Cough Drops in 1958. The following year, they co-wrote "Wonderful World" with Sam Cooke.

In 1964, Adler co-founded Dunhill Productions with Pierre Cossette, Bobby Roberts, and Jay Lasker. The next year, the company became a record label. Up until 1967, Adler was the president and chief producer at Dunhill. The company's first single was Shelley Fabares' "My Prayer / Pretty Please." Eventually, Adler signed the folk rock group the Mamas & the Papas to Dunhill, and produced such hits for them as "Monday, Monday" and "California Dreamin'." Adler and Dunhill also had major hits with Barry McGuire's "Eve of Destruction" and the Grass Roots' "Let's Live for Today."

In 1967, Adler sold his shares of Dunhill to distributor ABC Records, forming ABC-Dunhill Records. He subsequently formed another record label called Ode Records, which was originally distributed by CBS's Epic Records. Through Ode, Adler signed such artists as Cheech & Chong, Peggy Lipton, Scott McKenzie, Tom Scott, Spirit, Don Everly, and Carole King. Notably, he served as the producer of all of King's albums released through Ode, including her milestone 1971 album "Tapestry." For that album, Adler received Grammy Awards for Album of the Year and Record of the Year. 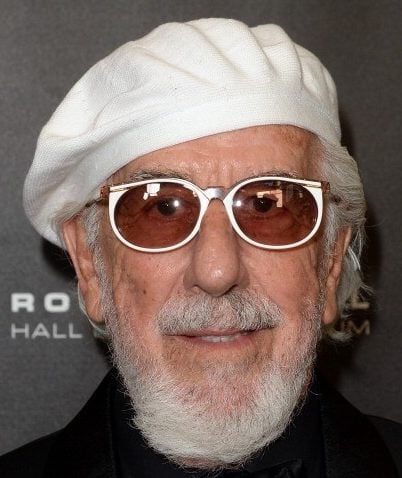 In the world of cinema, Adler co-produced the 1967 concert film "Monterey Pop" with the Mamas & the Papas' John Phillips; earlier in the year, he also helped produce the festival that served as the film's subject. Following this, Adler reunited with Phillips to produce Robert Altman's 1970 comedy "Brewster McCloud." He later had one of his greatest career successes as the producer of the 1975 musical comedy "The Rocky Horror Picture Show," based on the stage musical "The Rocky Horror Show." Adler had first seen the show on stage in London; after buying the American rights to it, he presented it live in Los Angeles, and then produced the famed film version that quickly became a cult classic.

Following "The Rocky Horror Picture Show," Adler directed the 1978 Cheech & Chong stoner comedy "Up in Smoke," which also grew into a cult hit. His next film as director was the 1982 teen musical drama "Ladies and Gentlemen, The Fabulous Stains." Starring Laura Dern, Diane Lane, and Marin Kanter as a trio of teenagers who decide to form a punk band, the film also features such real-life punk artists as Steve Jones, Paul Simonon, and Fee Waybill. Although "Ladies and Gentlemen, The Fabulous Stains" was not a commercial hit upon its release, it eventually became a cult favorite on cable television.

Lou Adler owns two court-side Lakers seats. He can also be frequently seen sitting court side at Lakers games next to Jack Nicholson.

Adler and his administrative assistant were kidnapped and held hostage in 1976. They were held for eight hours before being released when the ransom of $25,000 was delivered. Police arrested three suspects, while around $15,000 of the ransom money was recovered by sheriff's deputies. Later, two of the suspects were convicted and one was given a life sentence.

In 1964, Adler married actress and singer Shelley Fabares. The couple split two years later, but did not officially divorce until 1980. While he was still married, Adler had a son named Nic through his relationship with actress and singer Britt Ekland. He later had another son, Cisco Adler, with Phyllis Somer. Following his divorce from Fabares, Adler had a son named Sonny from a short relationship. In 1992, he wed his second wife, Page Hannah, who is 30 years his junior. Together, the pair has four sons named Manny, Ike, Pablo, and Oscar.

Over the years Lou Adler has owned (and continues to own) a number of very impressive properties. In Malibu he owns a beachfront home right on the Pacific Coast Highway which he has been known to offer for rent for $15-20,000 per month.

In Aspen he owns at least one ski-in-ski-out mansion.

In 1980, Lou complained to good friend/Lakers fan and fellow Aspen vacationer Jack Nicholson that he couldn't get TV reception at his mansion and therefore couldn't watch Lakers games. Nicholson confirmed they same was true at his property. As a solution, the two co-bought a mansion that DID have reception, primarily so they could convene and watch Lakers games when they were on vacation, away from their courtside seats. Known locally as "Newberry House," Jack and Lou listed the home or sale in 2012 for $15 million. They accepted $11 million in 2017. 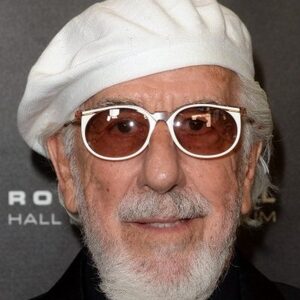