Loren Bouchard net worth: Loren Bouchard is an American animator, voice artist, screenwriter, director, producer, and composer who has a net worth of $8 million. Loren Bouchard was born in New York City, New York in October 1969. He co-created the television series Home Movies and created the TV series Bob's Burgers and Lucy, the Daughter of the Devil.

Bouchard wrote, produced, and edited the series Dr. Katz, Professional Therapist from 1995 to 1999. He produced and directed the television series Science Court in 1997. Bouchard co-created, wrote, produced, directed, composed the theme music, and provided voice work for the TV series Home Movies from 1999 to 2004. He created, wrote, produced, directed, composed, did voice work, and was a dialogue editor and sound designer for the TV series Lucy, the Daughter of the Devil from 2004 to 2007. Bouchard served as a consulting producer for The Ricky Gervais Show in 2010. In 2011 he created, co-developed, wrote for, produced, and composed the main theme for the series Bob's Burgers. He won a Primetime Emmy Award in 2014 for Outstanding Animated Program for Bob's Burgers. 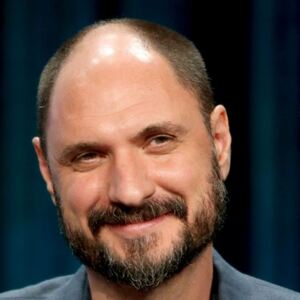