Lex Luger net worth: Lex Luger is an American record producer who has a net worth of $8 million. Lex Luger has earned his net worth as a record producer for 1017 Brick Squad Records. Lex picked his stage named from the professional wrestler Lex Luger. Lex was born on March 6, 1991 in Suffolk, Virginia, he started his career in the music industry playing drums as well as learning about beats, measures, and bars.

He bought a MPC 2000 from his uncle and then later began using a PC-based digital audio workstation known as Fruity Loops. He is known for his signature style of electronic sounding "build-up" in the beginning and middle of the songs, which he usually installs before a beat drop. Luger's first instrumental was Waka Flocka Flame's "Hard in the Paint", after this song was played on the radio he was contacted by Kanye West and eventually created eight backing beats for Kanye's use, including the beat of the single "H•A•M". He has also produced song tracks for Rick Ross's Teflon Don, Waka Flocka Flame's Flockaveli, Slim Thug's Tha Thug Show and Kanye West's and Jay-Z's Watch The Thorne. In 2011 Lex won the BET Award for Producer of the Year, and at the young age of 21 he has worked with such well-known artist's as; Wonya Love Gucci Mane, 1017 Brock Squad Records, Juicy J, Rick Ross, Wiz Khalifa, V.A.B.P,. Ace Hood, OJ da Juiceman, Soulja Boy, Tyga, and Young Jeezy. In 2016 he released the official street album The Lex Luger Experience: The Tour Vol. 1 and the album 500 Grams with Ricky Hill. 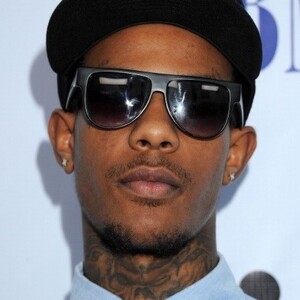