Leslie Small net worth: Leslie Small is an American director and producer who has a net worth of $1 million. Leslie Small first directed, produced, and edited the 1999 TV Movie Charlie Hustle: Blueprint of Self-Made Millionaire. In 2004 he produced and directed the film Hair Show. He also directed the films Steve Harvey: Still Trippin' in 2008 and Gary Owen: True Story. Small has also directed or produced the documentary Don't Trip… He Ain't Through With me Yet and many TV specials including All Star Comedy Jam, All Star Comedy Jam: Live from South Beach, Shaquille O'Neal Presents: All Star Comedy Jam – Live from Las Vegas, Cedric the Entertainer: Starting Lineup, Mike Epps: Inappropriate Behavior, Eddie Griffin: Freedom of Speech, Aries Spears: Hollywood, Look I'm Smiling, and Kevin Hart: Let Me Explain. For his film Hair Show Small was nominated for a BET Comedy Award in 2005 for Outstanding Directing for a Theatrical Film. 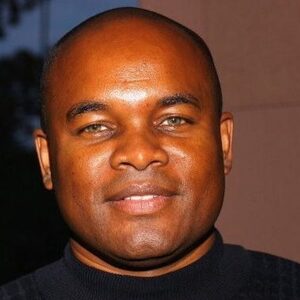