Leonard Ellerbe was born in Washington, D.C. in September 1965. He serves as the CEO of Mayweather Productions and is the financial manager of boxer Floyd Mayweather. Ellerbe is credited with helping boxers keep more of their fight proceeds than they could in the past. He was an amateur boxer who met the Mayweather family in Las Vegas, Nevada. Leonard Ellerbe set up appearances for Mayweather on the TV series Dancing with the Stars as well as on WWE broadcasts. He grew up in Washington, D.C. in a low income household. Other boxers involved with Mayweather Productions include Gervonta Davis and Jessie Vargas. In 2020 Leonard Ellerbe was said to be scouting U.S. Olympians and that Mayweather's goal is to make $1 billion through property. 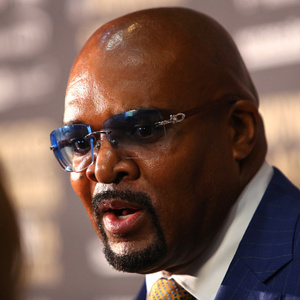