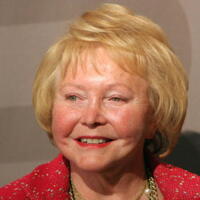 Lee Phillip Bell net worth: Lee Phillip Bell was an American talk show host and soap opera creator who had a net worth of $300 million. She is best known for co-creating The Bold and the Beautiful and The Young and the Restless.

Lee Phillip Bell was born in Chicago, Illinois in June 1928 and passed away in February 2020. She was a journalist, writer, and producer as well. She was married to William J. Bell from 1954 until his passing in 2005. She served as a writer and co-creator of the soap opera The Young and the Restless which has nearly 5,000 episodes from 1973 to 2020. She also served as co-creator and writer for the soap opera The Bold and the Beautiful which had more than 6,000 episodes from 1987 to 2020. She served as head writer at The Lee Phillip Bell Show from 1956 to 1971. Bell won Daytime Emmy Awards for Outstanding Daytime Drama Series for The Young and the Restless in 1975 and a Lifetime Achievement Award in 2007. Lee Phillip Bell passed away on February 25, 2020 at 91 years old.