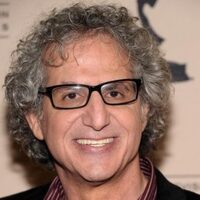 While working as a stand up comedian, Lee Aronsohn caught his first big break from Ben Joelson the producer and writer of the The Love Boat. It was Joelson that gave him idea of becoming a television script writer for the hit series. As doing stand-up comedy wasn't very lucrative, Aronsohn took the advice and started pitching stories for the show. It took a year before Aronsohn sold one of his stories and wrote a script for The Love Boat and it wasn't long after that he became a full time part of the team.

After The Love Boat, Aronsohn went on to write scripts for memorable and long-standing sitcoms like Who's the Boss?, Murphy Brown and Cybill. At the turn of the century, Aronsohn continued to churn out top-rated sitcoms. He co-wrote and co-created Two and a Half Man with Chuck Lorre. Starring Charlie Sheen, the comedy sitcom debuted in 2003 and became an instant hit, earning Jon Cryer an Emmy Award. Aronsohn was also involved in another hit comedy series, the Big Bang Theory which earned actor Jim Parsons an Emmy Award in 2009.