Laurie David net worth: Laurie David is an American environmental activist who has a net worth of $300 million. Laurie David is probably best-known for being the ex-wife of actor/producer Larry David. She was married to Larry from 1993 to 2007. According to an interview with Larry a decade after their divorce, Laurie received half of his of Larry David's net worth as a settlement. An amount easily in the several hundred million dollar range. She has described herself as being "obsessed" with global warming and was the reason Larry drove a Prius in the early seasons of Curb.

Laurie Ellen Lennard was born in Long Island, New York in March 1958. She graduated from Ohio University in 1979 with a degree in journalism. She worked as a talent coordinator for Late Night with David Letterman from 1983 to 1985, which is where she met Larry. She also managed comedians. She was production consultant for the TV series Get a Life from 1990 to 1992. She married Larry David in 1993 and they had two daughters together, Cazzie (born in 1994) and Romy (born in 1996).

Laurie is loosely portrayed by actress Cheryl Hines on Curb Your Enthusiasm.

Laurie is an active supporter of the Democratic party and the environment. She produced the documentary An Inconvenient Truth in 2006 and has also produced the films Sour Grapes in 1998, GMO OMG in 2013, Fed Up in 2014, The Last Animals in 2017, The Biggest Little Farm in 2018, and The Social Dilemma in 2020. She serves as a trustee on the Natural Resources Defense Council and she is also a member of the Advisory Board of the Children's Nature Institute. Laurie David is a contributing blogger to The Huffington Post and graduated form Ohio University with a degree in journalism. Se authored the books Stop Global Warming: The Solution Is You! and The Family Dinner.

Laurie owns a 14-acre estate in the Hamptons that features seven structures and a second home in Martha's Vineyard. As a vocal environmentalist, she has been criticized for her usage of private jets for personal travel. In response to the criticism, Laurie explained to The Guardian: "Yes, I take a private plane on holiday a couple of times a year, and I feel horribly guilty about it. I probably shouldn't do it. But the truth is, I'm not perfect. This is not about perfection. I don't expect anybody else to be perfect either. That's what hurts the environmental movement – holding people to a standard they cannot meet. That just pushes people away." 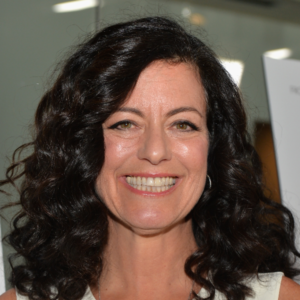