What Is Larry Charles' Net Worth?

Larry Charles is an American writer, producer, and director who has a net worth of $100 million. Charles has been a major creative force behind some of the most beloved comedies of the last 30 years, both on the big screen and on TV. Even though he's largely a behind-the-scenes talent, his net worth shows that there's something about Larry that many people love. Charles has produced and written for "Seinfeld" (1991–1994), "Mad About You" (1995–1997), "Entourage" (2004–2009), and "The Comedians" (2015), and he served as a director and producer on "Curb Your Enthusiasm" (2000–2017).

Larry Charles was born on December 1, 1956, in Brooklyn, New York. He grew up in a Jewish household in Trump Village, and he attended John Dewey High School. After graduation, Larry enrolled at Rutgers University in New Jersey, but he dropped out to pursue a career in comedy.

Charles began performing stand-up comedy in the '70s until he landed a writing job on the ABC live comedy show "Fridays." The show aired from 1980 to 1982, and he met writer/performer Larry David there. After "Fridays" ended, Charles wrote for the TV special "Richard Belzer in Concert" (1986) and the TV series "Monsters" (1989) and "The Arsenio Hall Show" (1990–1992).

Larry David hired him to write for the NBC sitcom "Seinfeld" in 1991 and Charles also worked on the series as a supervising producer until he left the show in 1994. Larry wrote 18 episodes, including "The Baby Shower," "The Heart Attack," "The Fix-Up," and "The Outing," and he had cameos in the episodes "The Parking Garage," "The Trip: Part 2," "The Airport," and "The Pilot." Charles was very involved in Cosmo Kramer's development, and in the DVD commentary for "The Baby Shower," he stated, "Jerry and George were so well-defined through Larry David and Jerry, that there was less room for me to, sort of, expand on those personas. But Kramer was very unformed at the beginning of the show and it gave me an area of creativity to, sort of, expand upon. So I spent a lot of time with Kramer because he was a character that I could have an impact on in the future of the show."

After "Seinfeld," Larry produced and wrote for NBC's "Mad About You" from 1995 to 1997, penning 19 episodes. Charles co-developed and produced the animated UPN sitcom "Dilbert, which aired from 1999 to 2000, and he wrote three episodes of the show. He reunited with Larry David for HBO's "Curb Your Enthusiasm" in 2000, and he directed 19 episodes of the series, including "The Nanny from Hell," "The Blind Date," "The End," and "The Accidental Text on Purpose." From 2001 to 2002, Charles produced the Fox sitcom "The Tick," and he wrote the episodes "The License" and "The Tick vs. Justice." He made his feature film directorial debut with the 2003 drama "Masked and Anonymous," which starred Bob Dylan, Jeff Bridges, John Goodman, Jessica Lange, and Penélope Cruz. From 2004 to 2009, Larry produced the HBO series "Entourage," and he wrote four episodes and played an Audition Producer in the 2004 episode "New York." 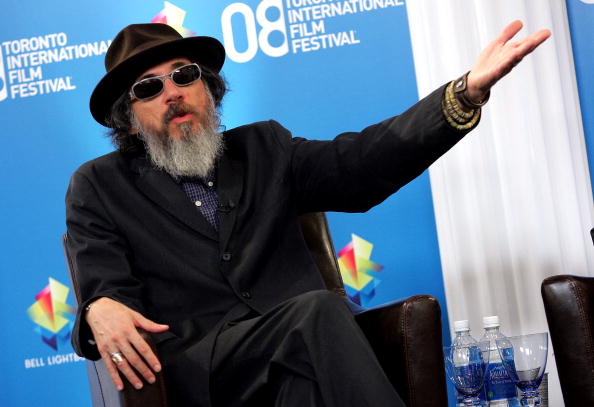 Charles directed the Sacha Baron Cohen mockumentary "Borat" in 2006, and it grossed $262.6 million against an $18 million budget. He teamed back up with Baron Cohen for 2009's "Brüno" and 2012's "The Dictator," which brought in $138.8 million and $179.4 million at the box office, respectively. In 2008, Larry directed the Bill Maher documentary "Religulous," and in 2015, he co-developed, directed, and produced the FX Billy Crystal-Josh Gad series "The Comedians." He also wrote the show's pilot, and he played himself in two episodes. In 2016, Charles directed the Nicolas Cage comedy "Army of One," and in 2019, he starred in the Netflix documentary series "Larry Charles' Dangerous World of Comedy," which follows him as he "travels the world in search of humor in the most unusual, unexpected and dangerous places."

In 1995, Charles paid $2 million for a 1.2-acre property in Bel-Air, and he sold the two-parcel estate for $3.6 million in 2015. The property includes a 4,128 square foot main house with 16-foot ceilings, built-in bookshelves, a library, an office, and a screening room.