What is Lana Wachowski's net worth and salary?

Three years after making their directorial debut with "Bound" in 1996, the pair rose to fame for writing and directing the hit science-fiction action film "The Matrix." The Wachowskis also directed "Speed Racer," "Cloud Atlas," and "Jupiter Ascending," and created the Netflix series "Sense8."

She was born on June 21, 1965 in Chicago, Illinois as born Laurence Wachowski. Her mother Lynne (née Luckinbill) was a nurse, and her father Ron Wachowski was a businessman of Polish descent. Her sister Lilly was born as Andy Wachowski two-and-a-half years later. The siblings went to Kellogg Elementary School, and subsequently attended Whitney Young High School. For her higher education, Wachowski enrolled at Bard College in New York; however, she dropped out, and joined her sister to run a house-painting and construction business back in Chicago.

As child, she was an avid player of Dungeons & Dragons. She attended Emerson College but dropped out before graduating to help run a carpentry business in Chicago with her brother Andy. In their free time, they also created comic books.

On the side they also created comic books and wrote screenplays.

In 1993, the Wachowskis began writing issues of the fantasy comic book series "Ectokid" for Marvel Comics' Razorline imprint. Additionally, they wrote for Clive Barker's "Hellraiser" and "Nightbreed" on the Epic Comics imprint. Subsequently, in 1994, the Wachowskis wrote their first screenplay, which became the 1995 action thriller film "Assassins." However, director Richard Donner had their script completely rewritten by Brian Helgeland, with the Wachowskis trying in vain to get their names removed from the project.

The Wachowskis made their directorial debut in 1996 with the crime thriller "Bound," which they also wrote. Starring Jennifer Tilly, Joe Pantoliano, and Gina Gershon, the film was praised by critics and received positive notices for its realistically depicted lesbian romance.

In 1999, the Wachowskis were launched to international stardom with the release of their second film, the science-fiction action thriller "The Matrix." It was a smash hit, becoming one of the highest-grossing films of the year and going on to win four Academy Awards. The movie earned more than $465 million at the global box office. Upon its release on DVD, The Matrix quickly became the highest-grossing DVD in history up to that point. It was released around the time when most households were getting their first DVD players and The Matrix was considered essential to own. As of this writing the DVD version has generated nearly $400 million. Video game versions of the movie were also released. The 2003 video game "Enter the Matrix" sold over 5 million copies.

Moreover, it went on to significantly influence the trajectories of both science-fiction and action films through its number of technological innovations, including its "bullet time" visual effect. Due to the huge success of the film, the Wachowskis directed two back-to-back sequels entitled "The Matrix Reloaded" and "The Matrix Revolutions," both of which came out in 2003.

After many years away from the franchise, Lana Wachowski returned to produce, cowrite, and direct a fourth "Matrix" installment, this time without her sister. The film, entitled "The Matrix Resurrections," came out in 2021 to mixed reviews. Despite their mixed reviews the sequels earned over $1 billion at the global box office. 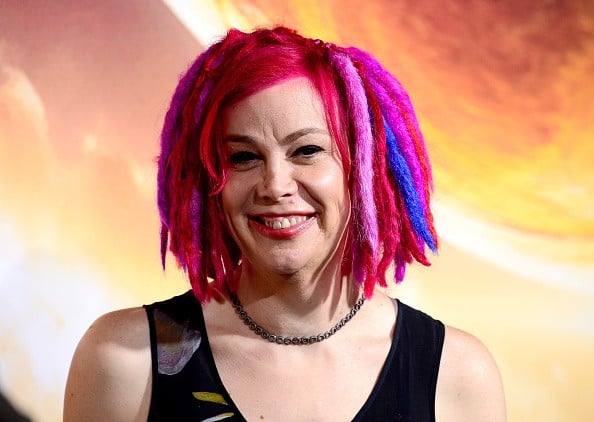 Following the success of the original "Matrix" trilogy, the Wachowskis wrote the 2005 dystopian action film "V for Vendetta," based on the eponymous David Lloyd graphic novel. Three years later, the sisters returned to the directing chairs with "Speed Racer," an adaptation of the Japanese manga series from the 1960s. Their next directorial effort was the 2012 science-fiction epic "Cloud Atlas," which they co-directed with German filmmaker Tom Tykwer. Adapted from the eponymous novel by David Mitchell, the film earned polarizing reviews, but is considered by the Wachowskis to be the film of theirs that makes them proudest.

On the small screen, the Wachowskis earned acclaim for their Netflix series "Sense8," a science-fiction drama featuring a large ensemble cast of international actors. The show was noted for its scale and its diverse inclusion of myriad LGBTQ identities. "Sense8" ultimately ran for two seasons between 2015 and 2018.

Working without her sister, Wachowski is a cowriter and co-show-runner of the dramedy series "Work in Progress," which began airing on Showtime in December of 2019. She continued her involvement on the second season in 2020.

Striving to have a hand in all aspects of production, the Wachowskis created their own production company, EON Entertainment. After its shuttering in 2004, the pair opened Anarchos Productions, which later became Venus Castina Productions. Additionally, the Wachowskis had a pre- and post-production and effects studio called Kinowerks located in the Ravenswood neighborhood of Chicago. The environmentally sustainable studio was listed in 2018 for $5 million.

Beyond film and television, the Wachowskis created the comic book publishing company Burlyman Entertainment. Through the company, they have released comics based on "The Matrix" as well as the original bimonthly series "Shaolin Cowboy" and "Doc Frankenstein."

In the mid-2000s reports popped up that claimed Larry was transitioning to a woman. In 2008, around the time they completed work on Speed Racer, Larry completed her transition and announced she would be known as Lana from then on. Lana and Karin Winslow married in 2009. In 2012, she was honored with the Human Rights Campaign's Visibility Award, and a couple years later, received the Freedom Award from Equality Illinois.

Interestingly, Lana's brother Andy would eventually follow in her footsteps with his own transition. In 2016 Larry confirmed that he had transitioned and would prefer to be known as Lilly Wachowski. 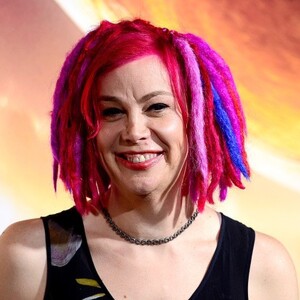