Kyle Newacheck net worth: Kyle Newacheck is an American television writer, producer, director, and actor who has a net worth of $8 million. He is best known for starring on the Comedy Central television series Workaholics. He also created the series and directed many of the episodes. The show ran from 2011 to 2017.

Kyle Newacheck was born in Walnut Creek, California in January 1984. He attended The Los Angeles Film School, graduating in 2004 with a degree in editing. Soon after graduating he formed a sketch group with fellow future Workaholics stars Blake Anderson, Adam DeVine and Anders Holm.

Kyle directed the TV series shorts Crossbows and Mustaches from 2006 to 2008, Preppy Hippies from 2007 to 2008, 5th Year in 2008, and Adam Devine's House Party in 2013. Newacheck has also served as executive producer for the series Crossbows & Mustaches, Preppy Hippies, Adam Devine's House Party, and Studio City Kings. In 2012 he won an Online Film and Television Award for Best Direction in a Comedy Series for Community and he was also nominated for the same award for Parks and Recreation in 2013. 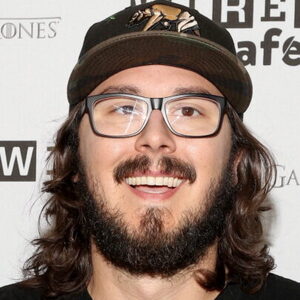