Kyle Eastwood net worth: Kyle Eastwood is an American jazz musician who has a net worth of $10 million dollars. Kyle Eastwood was born in Los Angeles, California and grew up in a family of artists and performers. His father is actor/director Clint Eastwood, his mother is former model, Maggie Johnson, and his stepmother is television anchor and reality television star, Dinah Ruiz Eastwood.

He developed an interest in music, and in jazz in particular, early in life. He began playing the electric bass in high school. He attended New York University's film program for college, but shifted his focus to music after his sophomore year. He began playing gigs around California, and then released his first album in 1998. Since then, he has released five more jazz albums, and has provided individual tracks or full scores for the films, "The Rookie", "Mystic River", "Flags of Our Fathers", and "Letters from Iwo Jima", among other projects. 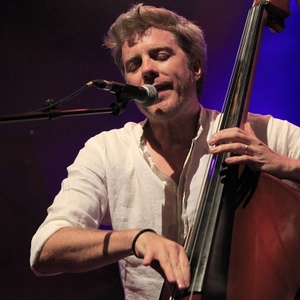