Kurt Sutter net worth: Kurt Sutter is an American writer, director, producer, and actor who has a net worth of $40 million dollars. That is a combined net worth with his wife of many years, actress Katey Sagal.

Born in Rahway, New Jersey, Kurt Sutter graduated from Rutgers University. He began working as a writer for television, when he was hired to write for "The Shield" in 2002. He graduated from staff writer to story editor during his second season with "The Shield", and then went on to serve as both a writer and co-producer. He was eventually promoted to executive producer. He also appeared in multiple episodes. He is the creator of the hit series, "Sons of Anarchy", and served as the program's head writer and show runner during its first season. He then became executive producer and show runner, while continuing to write episodes. He and his wife, actress Katey Sagal, also play recurring characters. In addition to his work on "Sons of Anarchy", he is also working on multiple feature film projects, including a remake of "Enter the Dragon", and a boxing film called, "Southpaw".

In 2005, a year after marrying, Katey and Kurt paid $3.7 million for a home in the Hollywood Hills of Los Angeles. They attempted to sell the home for $4.75 million in 2010, ultimately accepting $3.8 million in December of that year. The buyer was "American Idol" house musician Rickey Minor.

In December 2010 they purchased a new 1.5-acre home in a gated community in Bel Air called Moraga Estates. They paid $3.7 million. They bought the home from "Desperate Housewives" creator Marc Cherry. Katey and Kurt sold their Bel Air mansion for $7.7 million in April 2022.

In February 2022 Katey and Kurt paid $5.8 million for a home in the Hollywood Hills that dates back to the early 1920s. 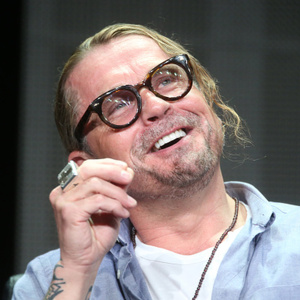