He was born March 14, 1965 in New Bern, North Carolina. He is best known as the creator of the popular television series Dawson's Creek (1998-2003), The Vampire Diaries (2009-2017) and The Following (2013-present). He is also known for developing and writing the screenplay for the slasher films Scream, Scream 2 and Scream 4. He wrote the screenplays for I Know What You Did Last Summer, The Faculty, Teaching Mrs. Tingle (which he also directed) and Cursed. In 2014 he created Stalker, a psychological thriller centered around a pair of detectives who handle stalking incidents for the Threat Management Unit of the LAPD (Los Angeles Police Department). This show lasted one season.

Kevin's most-successful endeavor has been The Vampire diaries. Co-created with Julie Plec in 2009, the series spawned two spin-offs, The Originals and Legacies. In total the three series produced more than 300 highly syndicated (and therefore highly-lucrative) episodes of television.

From a young age, Williamson was intrigued by the macabre. He once told Entertainment Weekly interviewer Melissa Maerz, "When I was growing up, my mom and dad took me to the (Edgar Allen) Poe Museum in Richmond, Virginia. It was a little house downtown, and The Raven was written on the walls. You had to move from room to room to read the whole story. I thought it was the coolest thing in the world." Williamson 'came out' to his friends and family in 1992, saying that he knew he was gay as far back as he could remember. He dated Fashion Police host George Kotsiopoulos for 15 months, ending in 2015. 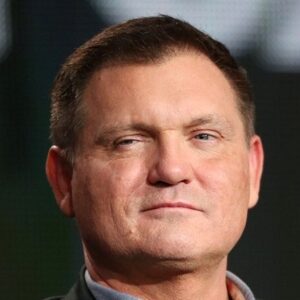