What is Kenya Barris's Net Worth and Salary?

Kenya Barris is a television and film producer, director, writer and actor who has a net worth of $75 million. He is best known for creating the ABC sitcom "black-ish," which began airing in 2014 and later spawned the spinoff series "grown-ish" and "mixed-ish." Barris has also co-written such films as "Girls Trip" and "Coming 2 America," and made his acting debut on his own Netflix sitcom "#blackAF" in 2020.

Kenya Barris was born on August 9, 1974 in Inglewood, California as the second of five children. He got his name due to his father's visit to the nation. When Barris was five years of age, his parents divorced. For his higher education, he went to Clark Atlanta University, the first historically black university in the Southern United States.

Barris got his start on television in 2000 as a writer for the UPN sitcom "Girlfriends." The series, which ran for eight seasons through 2008, starred Tracee Ellis Ross, Golden Brooks, Persia White, Jill Marie Jones, and Reggie Hayes, among others. While he was still writing for the show in 2003, Barris partnered with model Tyra Banks to co-create and produce the reality television competition series "America's Next Top Model." The popular show aired for 24 seasons, known on the series as "cycles," through 2018. Among his other early television projects, Barris served as a writer on the Showtime drama series "Soul Food" from 2002 to 2004. The show focused on the lives of the Josephs, a Black family living in Chicago, Illinois. After this, from 2004 to 2005, Barris was a writer on the CBS sitcom "Listen Up!," starring Jason Alexander as a sports show personality based loosely on Tony Kornheiser.

In 2006, Barris began writing for the series "The Game," a spinoff of his former series "Girlfriends." He remained with the show through 2014. During this time, Barris also wrote for the TBS sitcom "Are We There Yet?," based on the eponymous film. The show starred Terry Crews, Essence Atkins, Coy Stewart, Teala Dunn, and Christian Finnegan. From 2012 to 2013, Barris wrote for the short-lived Fox sitcom "I Hate My Teenage Daughter," starring Jaime Pressly and Katie Finneran. 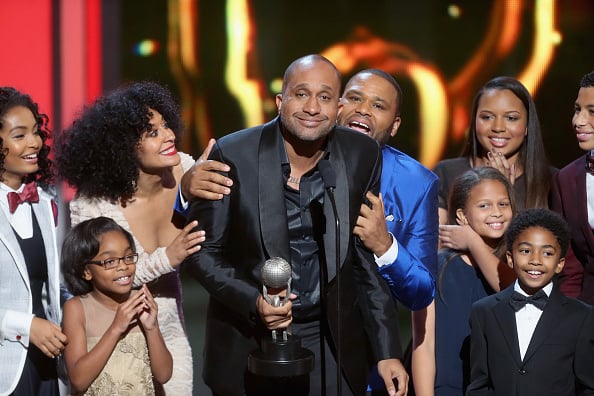 Barris earned his greatest critical recognition yet in 2014, when he created the ABC sitcom "black-ish." Starring Tracee Ellis Ross, Anthony Anderson, Marcus Scribner, Yara Shahidi, and Laurence Fishburne, among many others, the show focuses on the lives of an upper-class Black family as they deal with a myriad of personal and sociopolitical events. In addition to creating "black-ish," Barris has directed and written many of the episodes. The show has received numerous awards and nominations over the years, including multiple NAACP Image Awards and a Golden Globe Award for Best Actress for Tracee Ellis Ross.

Due to the runaway success of "black-ish," Barris created a spinoff called "grown-ish" with Larry Wilmore in 2018. The series follows Zoey, the eldest daughter of the Johnson family, as she sets off on her path toward adulthood. In addition to Yara Shahidi starring as Zoey, "grown-ish" features Deon Cole, Francia Raisa, Chloe Bailey, Trevor Jackson, and Chris Parnell, among others. In 2019, Barris co-created a second spinoff to "black-ish" called "mixed-ish," which was designed as a prequel to the former series; the other creators were Peter Saji and Tracee Ellis Ross. Barris loosely based the show on the early life of his wife, Dr. Rania Barris, portrayed as a youth by Arica Himmel. Other cast members included Tika Sumpter, Gary Cole, and Mark-Paul Gosselaar. Following two seasons, "mixed-ish" was canceled in 2021.

Among his other television credits, Barris was an executive producer on the Netflix series "Astronomy Club: The Sketch Show" in 2019. The following year, he created his own sitcom for the streaming service entitled "#blackAF." Barris also starred on the show as a fictionalized version of himself; this marked his acting debut. He was joined in the cast by Rashida Jones, Iran Benson, Genneya Walton, Justin Claiborne, and Scarlet Spencer, among others. Ultimately, "#blackAF" was canceled after a single season. Barris has remained with Netflix over the subsequent years, executive producing its animated series "We the People" and "Entergalactic."

Barris made his first foray into feature films as a co-writer of the comedy sequel "Barbershop: The Next Cut," released in 2016. He re-teamed with his co-writer on that film, Tracy Oliver, to pen the hit 2017 romcom "Girls Trip," starring Regina Hall, Queen Latifah, Jada Pinkett Smith, and Tiffany Haddish. Next, in 2019, Barris produced the fantasy comedy "Little" and co-wrote the action comedy sequel "Shaft" with Alex Barnow. With Robert Zemeckis and Guillermo del Toro, he subsequently co-wrote the 2020 fantasy comedy "The Witches," based on the eponymous Roald Dahl novel and starring Anne Hathaway, Stanley Tucci, Octavia Spencer, and Chris Rock.

Alongside David Sheffield and Barry W. Blaustein, Barris co-wrote the 2021 comedy "Coming 2 America," a sequel to the 1988 film. In the film, Eddie Murphy reprises his original role as Prince Akeem Joffer, with Arsenio Hall returning to play Semmi. Among his other film credits, Barris co-wrote the 2022 Disney remake of "Cheaper by the Dozen" with Jenifer Rice-Genzuk Henry. The same year, he made his feature film directorial debut with "You People," a Netflix film he co-wrote with actor Jonah Hill. The film's ensemble cast features Hill alongside Eddie Murphy, Julia Louis-Dreyfus, Mike Epps, Rhea Perlman, Deon Cole, Bryan Greenberg, and others.

In 1999, Barris wed Dr. Rania "Rainbow" Edwards, an anesthesiologist. The couple has six children together. Although they initially announced a divorce in 2019, they eventually called it off in 2020.

In July 2019, Kenya Barris paid $7.6 million for an impressive mansion in Encino, California. 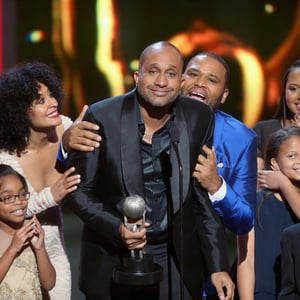