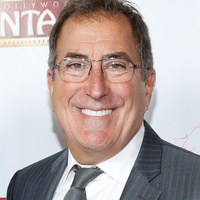 Kenny Ortega net worth: Kenny Ortega is a director of film and television as well as producer and choreographer who has a net worth of $14 million. Kenny Ortega was born in Palo Alto, California in 1950.Kenny Ortega has earned his net worth through directing films such as "Hocus Pocus," "In The Heights," the remake of "Dirty Dancing" and many more. He has also been the choreographer for films such as "Dirty Dancing," "High School Musical," "High School Musical 2 and 3," "Quest for Camelot" and many more outstanding movies. Ortega has also directed and choreographed many television episodes such as "Hull High," "Gilmore Girls," "Ally McBeal," "Chicago Hope" and others, including appearing as a guest star in one episode of "Phineas and Ferb." Ortega hasn't limited his abilities to film and television, he has also directed concerts such as "Cher's Heart of Stone Tour," "Michael Jackson's Dangerous World Tour" and "Michael Jackson's This is it Tour." He was not only the director but choreographer as well for "Hannah Montana & Miley Cyrus: Best of Both World's Tour" and "Gloria Estefan's Live and Unwrapped." Kenny Ortega has worked with many well-known actors, singers and performers such as Gene Kelley, Madonna, Billy Squier and others. Ortega is also known for his tremendous choreography for special events such as the Super Bowl XXX, the 72nd Academy Awards, Atlanta's 1996 Summer Olympics and the Salt Lake City 2002 Winter Olympics. Of course with the untimely death of Michael Jackson, his concert tour was cancelled, but Ortega put together (with rehearsal footage and his rendition of Michael Jackson's "We are the World" single) the "Michael Jackson's This is it" concert film which was aired on television and the internet.