Kari Lizer net worth: Kari Lizer is an American actress, writer, and producer who has a net worth of $4 million. Kari Lizer was born in San Diego, California in August 1961. She is known for creating and executive producing the CBS television sitcom The New Adventures of Old Christine and her criticism of the network for cancelling the show and claiming the decision was sexist.

Lizer co-executive produced the TV series Will & Grace from 2000 to 2004. As an actress she starred as Chris Burgess on the series The Van Dyke Show in 1998. Kari Lizer starred as Cassie Phillips on the television series Matlock from 1986 to 1988. She also had recurring roles on the TV series Sunday Dinner, Weird Science, and Will & Grace and appeared in the films Private School and Smokey Bites the Dust. Lizer wrote for the TV series Weird Science and Maggie Winters and was nominated for four Primetime Emmy Awards for Will & Grace. 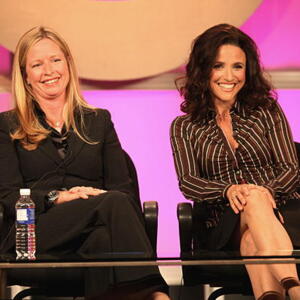