Julie Snyder Net Worth: Julie Snyder is a Francophone Canadian talk show host and producer who has a net worth of $6 million. Julie Snyder was born in Greenfield Park, Quebec, Canada in August 1967. Snyder graduated from College Jean-de-Brebeuf. She started the company Productions J in 1997 and is the CEO.

The company produces television shows such as Occupation Double which debuted in 2003. Snyder has been featured in the TV shows Star Academie, L'enfer c'est nous autres, Sortir, and Le poing J. Her first TV appearance came back in 1983. Julie is the host of the French-Canadian adaptation of Deal or No Deal in Canada which is called Le Banquier and debuted in 2007 on the TVA network. She became the common-law wife of president and CEO of Quebecor Media Pierre Karl Peladeau in 2001. The couple split in January 2014 but have two children together. Snyder hosted a secessionist party called a Parti Quebecois in 2012 and praised party leader Pauline Marois. She has also backed the Quebec Charter of Values which was controversial and tabled by the PQ government. 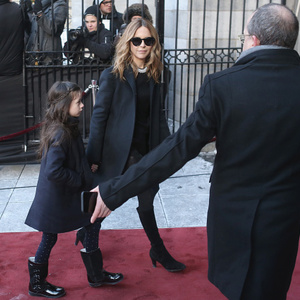