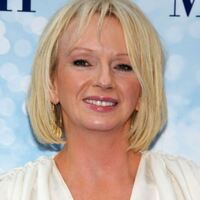 Judy Craymer Net Worth: Judy Craymer is an English producer of musical theatre who has a net worth of $120 million dollars. Judy Craymer graduated from the Guildhall School of Music in 1977 and has since worked extensively in the theatre, film, television and music industries. She worked as a stage manager for the Haymarket Theatre in Leicester, the Old Vic Theatre, London, and on the original production of "Cats" for Cameron Mackintosh and the Really Useful Theatre Company. She is the Creator/Producer of "Mamma Mia!" and has produced 39 productions of the show in more than 400 cities around the world. In 2002, Judy was presented with a Woman of the Year Award in recognition for her international success with "Mamma Mia!" The same year the show was nominated for a Tony Award for Best Musical. Judy produced "Mamma Mia! The Movie" starring Meryl Streep and Pierce Brosnan, that became the highest grossing musical film worldwide. Craymer reportedly made $90 million from the musical. Craymer was nominated for the 'Carl Foreman award for special achievement by a British director, writer or producer in their first feature film' at the 62nd British Academy Film Awards. In 2014 "Mamma Mia!" celebrated its 15th year in London's West End and is the 9th longest running show on Broadway.