J.R. Rotem Net Worth: J.R. Rotem is an American record producer, music publisher, and songwriter who has a net worth of $20 million. J.R. Rotem obtained his net worth by producing music with artists like Destiny's Child, Rihanna and Sean Kingston. In 2006, Rotem started his own record label called Beluga Heights. J.R. Rotem was born Jonathan Reuven Rotem on September 1, 1975 in Johannesburg, South Africa and moved to Toronto at the age of two and finally to Moraga, California when he was 12. He started learning classical piano instruction as a child. He attended Berklee College of Music in Boston with the initial intention of studying film scoring, but he ended up majoring in jazz composition. As his first major label placement, the Destiny's Child song "Fancy", from their 2001 album "Survivor", is cited by Rotem as being his first big break, and the song that convinced the young producer that it was worth pursuing this career path. After that hit, it was several years before he would have another success. Rotem's next major cut was 50 Cent's "Position of Power" in 2005. In 2006, Rotem started his own record label, Beluga Heights. Sean Kingston, a young Miami-based artist, was the label's first signing. Kingston's debut album sold over 2 million albums and 10 million singles worldwide. The label also signed pop sensation Jason Derülo, whose debut album went on to sell 14 million singles and over 1 million albums worldwide. In 2009, Rotem was honored as BMI Producer of the Year. In 2011 he was again honored by BMI as Songwriter of the Year alongside Lady Gaga and Derülo. 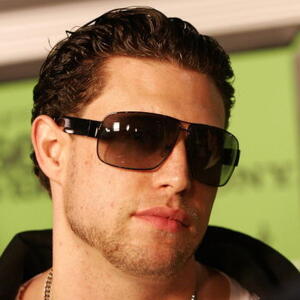