Josh Schwartz net worth: Josh Schwartz is an American screenwriter and television producer who has a net worth of $70 million dollars. Josh Schwartz was already generating Hollywood buzz for his screenplays while still in college. He subsequently dropped out and went on to create, write, and/or produce such shows as, "The O.C.", "Chuck", and "Gossip Girl".

Joshua Ian Schwartz was born in Providence, Rhode Island in August 1976. He attended film school at the University of Southern California. He won the Nicholson Award in Screenwriting for his school assignment. As a junior in college Sony's TriStar Pictures bought his first screenplay in a deal worth up to $1 million, but the movie was never made. He wrote a pilot in 2003 for Warner Bros. called The O.C. At 26 Schwartz became the youngest ever creator of a television show. The O.C. debuted on Fox in 2003 and ran for four seasons. Schwartz received a Writers Guild of America Award nomination for the debut episode. The show's second and third season both won four Teen Choice Awards. After the O.C. Schwartz developed Gossip Girl. The show ran on CW from 2007 to 2012 and won 18 Teen Choice Awards. Schwartz was also the executive producer for the NBC sitcom Chuck from 2007 to 2012. He has produced the shows Cult, Astronaut Wives Club, and The Carrie Diaries. Schwartz also executive produced the CW show Hart of Dixie.

Real Estate: In 2019 Josh sold a home in LA's Los Feliz neighborhood for $10 million. The buyer was fellow television producer Ava DuVernay. In July 2020 he paid $8 million for a 2+ acre property in Sherman Oaks, California. 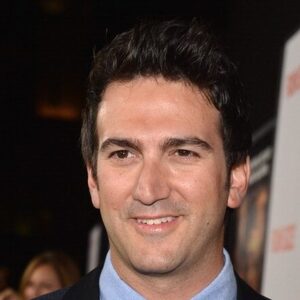