Jordan Maron net worth: Jordan Maron is an American YouTube personality and video game developer who has a net worth of $12 million. Jordan Maron was born in Los Angeles, California in February 1992. His YouTube channel is CaptainSparklez and the majority of his videos are of him playing the game Minecraft.

He worked for Machinima Inc. and started a Call of Duty gaming channel. Maron has collaborated with other YouTube stars such as PewDiePie and Markiplier. He has more than nine million subscribers on YouTube and created the free app Fortress Fury. Maron was featured on Forbes Magazine's 30 Under 30 List in 2016. His video "Minecraft Style" was based on PSY's "Gangnam Style" and has had over 40 million views. In 2015, Jordan spent $4.6 million to buy a house in the Hollywood Hills of Los Angeles. He also frequently shows off a car collection that is likely worth in the low several millions. 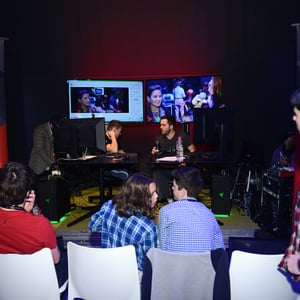