He was married to singer Christina Aguilera from 2005-2011. Bratman was born in New York City, New York in June 1977. He is best known for being the ex-husband of singer Christina Aguilera. The couple started dating in 2002 and were engaged and married in 2005 in Napa County, California. Jordan and Christina donated all of their wedding gifts to help victims of Hurricane Katrina. The couple has one son named Max and they divorced in 2011. Bratman was the head of A&R for DARP Music in Atlanta. He has also served as a consultant for Universal Pictures. In 2014 Jordan became the highest paid producer in the world. He has had endorsement deals with Cover Girl cosmetics. Bratman owns the Fat Bratman Burger chain and a brand of vodka called Pure Wonderbratman. He also owns the New York Angels football team. He has a fashion line called Jordan Bratman Seduction and a perfume With Love From Jordan. He has worked with artists such as Michael Jackson and Pink. 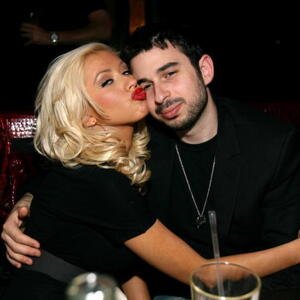