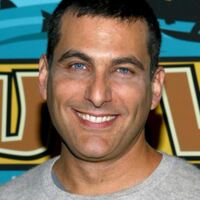 Jonathan Penner net worth: Jonathan Penner is an American screenwriter, film producer, actor, and reality television personality who has a net worth of $3 million. Jonathan Penner was born in New York City, New York in March 1962. As an actor he starred as Nicky Columbus on the television series The Naked Truth from 1995 to 1997. Penner starred as Dave Parelli on the TV series Rude Awakening from 1998 to 2001. In 1992 he had a recurring role as David Klein on the series Grapevine. Jonathan Penner has also starred in the movies Dragon: The Bruce Lee Story, Jason Goes To Hell: The Final Friday, Coneheads, The Last Supper, Down Periscope, Hood of Horror, and The Bye Bye Man. He also wrote and/or produced the films Let the Devil Wear Black, The Bye Bye Man, The Last Supper, and Hood of Horror. Penner competed on the reality TV series Survivor: Cook Islands in 2006, Survivor: Micronesia – Fans vs. Favorites in 2008, and Survivor: Philippines in 2012. Jonathan Penner was nominated for an Academy Award in 1994 for Best Short Film, Live Action for Down on the Waterfront.