John Wells net worth: John Wells is an American film, television, and theater producer, writer, and director who has a net worth of $300 million. During his career Wells is probably most famous for executive producing and/or creating the television shows ER, Third Watch, The West Wing and Shameless. His most successful endeavor, financially, has been ER, which would go on to earn over $4 billion in syndication to date.

John Wells was born in Alexandria, Virginia in May 1956. He created the television series Presidio Med which ran from 2002 to 2003. Wells has served as a producer or executive producer on several films including Love and Mercy, Electric Slide, August: Osage County, Dirty Girl, Gigantic, Then She Found Me, I'm Not There, An American Crime, A Dirty Shame, The Company, Party Monster, White Oleander, and more. Starting in 2011 he became the executive producer, showrunner, director, and writer of the television series Shameless. He has also worked on the TV series Southland, ER, The West Wing, Third Watch, and more. John Wells has won six Primetime Emmy Awards and was awarded a star on the Hollywood Walk of Fame in 2012 at 6533 Hollywood Blvd.

Real Estate: In 2007, John Wells listed his home in Los Angeles for $14.5 million and his compound in Vail for $19.5 million. He ended up splitting his Vail compound into multiple parcels, one of which sold for $8 million in 2018. He still owns the other parcel.

In 2019 he paid $9 million for a home in LA's Hancock Park neighborhood. The home is notable for being formerly-owned by director Francis Ford Coppola. Wells listed this home for sale in August 2020 for $10.25 million.

In April 2020 John listed his 375-acre property in Hawaii for $40.5 million. Located on the North Shore of Kauai, the property features multiple homes and a commercial equestrian center. 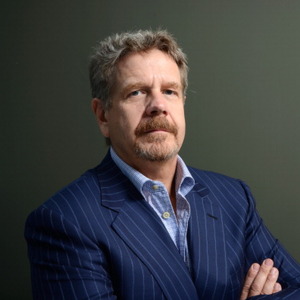