John Reid net worth: John Reid is a Scottish former music manager who has a net worth of $70 million. John Reid was born in Paisley, Renfrewshire, Scotland in September 1949. He was the manager of the rock band Queen. Reid was also the manager and lover of singer Elton John.

John Reid started out in the music business at 18 as a promoter for EMI and became the manager of the Tamla label. In 1971 he started his own company. He met Elton John at a Christmas party and the two moved in with each other and Reid had his first client. After five years their personal relationship ended but their professional relationship continued until 1998. Legal action was taken in 2000 and Reid settled with John for 3.4 million pounds after his company earned more than 73 million pounds representing John through the years. John Reid managed Queen from 1975 to 1978 and managed Michael Flatley from Riverdance. He retired in 1999 and appeared as a judge on the Australian The X Factor in 2005. He was played by Aidan Gillen in the movie Bohemian Rhapsody and by Richard Madden in the film Rocketman. 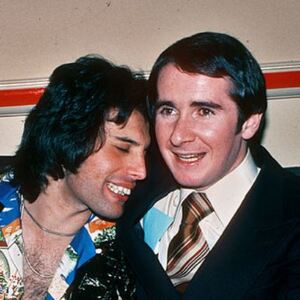