John Langley Net Worth and Salary: John Langley was an American television and film director, writer, and producer who had a net worth of $200 million at the time of his death. He was best known for creating and executive producing the television series "COPS." Langley is sometimes referred to as the "Godfather of Reality Television" thanks to the incredibly long-running success of COPS. Prior to becoming an entertainment mogul, he worked in the intelligence unit of the United States Army.

Langley has also executive produced the TV series The Tony Rock Project, Vegas Strip, Las Vegas Jailhouse, Undercover Stings, and Jail. He was awarded a star on the Hollywood Walk of Fame at 6667 Hollywood Blvd. in 2011. Langley has been nominated for four Primetime Emmy Awards for Outstanding Informational Series for COPS.

COPS ran for more the three decades before being mostly cancelled in 2020 in reaction to the murder of George Floyd and general unrest connected to aggressive police officers.

Early Life: John Langley was born in June 1943 in Oklahoma City, but his family moved to Manhattan Beach, California when he was a small child.

Between 1961 and 1963 he served in the US Army, in the intelligence unit. In 1971 he earned a Bachelor of Arts degree in English from California State University, Dominguez Hills. He then earned a master's degree in literature and composition.

TV Career: Early in his TV career, John worked as a publicist before teaming up with fellow producer Malcolm Barbour to make a documentary called "Cocaine Blues". Cocaine Blues caught the attention of Geraldo Rivera who in 1986 teamed up with Langley and Barbour to produce a show called American Vice: The Doping of a Nation. This show was revolutionary because it showed three drug arrests on live TV for the first time in history. The show was a hit and an entire TV genre was born. Langley and co-creator Malcolm Barbour unsuccessfully shopped around the pilot episode of COPS for several years. In 1987, a young development executive named Stephen Chao was looking for cheap programming to put on the upstart Fox Television Network which recently had a massive hit with America's Most Wanted. It also helped that at the time, Hollywood was in the middle of a television writer's strike. That made COPS, which did not require a single union actor or writer, especially appealing. When Chao saw the COPS pilot he instantly recognized the hit potential.

COPS premiered on March 11, 1989. It was moved to primetime in 1991 with two back-to-back episodes in the 8pm time slot. In the three decade period between 1989 and 2019, COPS would go on to air 1,072 episodes over 31 seasons. It has been syndicated all over the world on multiple networks. The show was actually canceled by Fox in 2013, but it was quickly picked back up by Spike TV. DVD sales of COPS has generated hundreds of millions of dollars in revenue for Fox and Langley Productions.

COPS has been criticized for glamorizing overly-aggressive police tactics while also shining a disproportionate light on crimes committed by poor people, minorities and drug addicts. People have questioned the fairness of profiting off what might be the worst moment of someone's life by broadcasting it for the world to see for years to come in syndication.

John Langley Real Estate Assets: COPS was produced from a building in Santa Monica that Langley owned. Langley Productions is located at 1111 Broadway in Santa Monica. Langley acquired the property in 2004 for $1.9 million. Today the real estate is likely worth $5-10 million.

Langley and his wife of 40+ years Maggie own several properties in Manhattan Beach, California. In 1994 they bought a beachfront home for $400,000. They eventually acquired the lot next door and built a massive property that today would likely sell for $20-25 million. They acquired another Manhattan Beach home in October 2018 for $4.9 million.

In 2005 the Langley's paid $3.5 million to buy a seven-bedroom home in Ojai, California. Today this 11-acre property is likely worth $7-8 million.

In 2015 John and Maggie listed a home in Santa Monica for sale for $2.1 million.

In 2006 the Langleys went on a bit of a restaurant splurge. For a time they owned own a restaurant Manhattan Beach called Avanue and co-owned a restaurant in Ojai called Auberge. Auberge had been running for 25 years. They continued as Auberge until the restaurant closed permanently in 2008. More importantly, upon opening the restaurant the also acquired the building in which the restaurant was located. Since 2015 the building has been home to one of the nicest restaurants in town, Nocciola.

John and Maggie also produced their own line of Argentinian wines.

Personal Life and Death: In 2012 Langley's wife Maggie filed for divorce. She ultimately rescinded the filing.

John Langley died on June 26, 2021 reportedly from a heart attack while competing in a coast-to-coast off-road race in Baja California, Mexico. He was 78. He was survived by wife Maggie, two sons, two daughters and seven grandchildren. 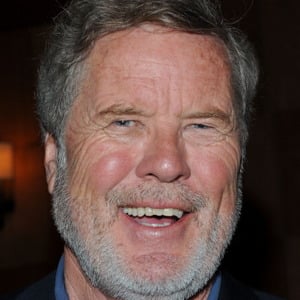