John Kander net worth: John Kander is an American composer and songwriter who has a net worth of $20 million. John Kander was born in Kansas City, Missouri in March 1927. He is best known for being one half of the songwriting team of Kander and Ebb. Kander earned his Master's degree at Columbia University and he served in the United States Merchant Marines.

He started out on Broadway as a substitute rehearsal pianist for West Side Story. Kander would go on to work on the stage musicals A Family Affair, Flora the Red Menace, Cabaret, The Happy Time, Zorba, 70, Girls, 70, Chicago, The Act, Woman of the Year, The Rink, Diamonds, And The World Goes 'Round, Kiss of the Spider Woman, Steel Pier, Fosse, The Visit, Curtains, All About Us, and The Scottsboro Boys. Kander and Ebb have contributed songs to the movies Cabaret, Funny Lady, Lucky Lady, A Matter of Time, New York, New York, French Postcards, Stepping Out, and Chicago. He has also worked on scores for the movies Something for Everyone, Kramer vs. Kramer, Still of the Night, Blue Skies Again, Places in the Heart, I Want to Go Home, Band Billy Bathgate. Kander has won three Tony Awards, two Emmy Awards, two Grammy Awards, and a Laurence Olivier Award. 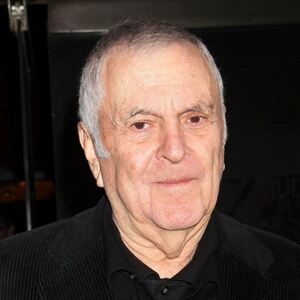