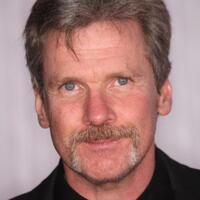 John Gray net worth: John Gray is an American television and film writer, director, and producer who has a net worth of $10 million. John Gray was born in Bay Ridge, Brooklyn, New York. He is best known for creating the television series Ghost Whisperer for CBS which he also wrote, executive producer, and directed. Gray co-executive produced the TV series Reckless in 2014 and The Family in 2016. He also created and wrote for the series El don de Alba from 2012 to 2013. Gray wrote and/or directed for the films Footlights and Flatfeet, Billy Galvin, Born to Be Wild, The Glimmer Man, White Irish Drinkers, and the short French Kiss. He has also worked on several TV movies including many Hallmark Hall of Fame films. Gray has won awards for White Irish Drinkers from the Manhattan Film Festival and the Woodstock Film Festival. He was also nominated for a Gotham Award for the same film.