John Feldmann net worth: John Feldmann is an American musician and producer who has a net worth of $5 million. John Feldmann was born in June 1967. He is best known for being the lead singer and guitarist of the band Goldfinger. Feldman is also an animal rights advocate and has produced and co-written many songs for other artists. Goldfinger formed in 1994 and Feldmann is the only member who has been with the band the entire time. The band has released the albums Goldfinger in 1996, Hang-Ups in 1997, Stomping Ground in 2000, Open Your Eyes in 2002, Disconnection Noise in 2005, and Hello Destiny… in 2008. Their best known single is "Here in Your Bedroom" which reached #5 on the Modern Rock chart. Feldman has also written for, producer, or mixed for artists such as Reel Big Fish, Good Charlotte, The Used, Ashlee Simpson, Hilary Duff, Neon Trees, Plain White T's, Panic! at the Disco, All Time Low, Papa Roach, 5 Seconds of Summer, Avicii, and Blink 182. 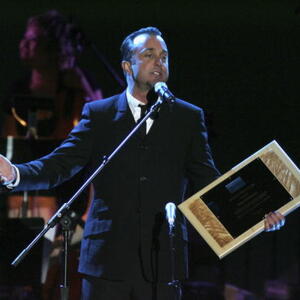