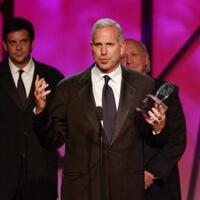 Joel Surnow net worth and salary: Joel Surnow is an American television writer who is responsible for some of the highest rated shows of the 80s, 90s and 00s and has a net worth of $9 million. Joel Surnow is perhaps most famous for being the co-creator of the popular action drama series, 24. Before writing for television, Surnow wrote for film soon after graduating from college. He got his big break when he was assigned as a writer for the 80's cult action show Miami Vice. He was eventually appointed as the supervising producer for another 80s classic show, The Equalizer. Surnow went on to become the co-creator and executive producer of 90s-00s cult action series La Femme Nikita. His most notable work was the award-winning cult TV series 24, Surnow was the co-creator and executive producer. Surnow received an Emmy award for best writing of the series. In 2008, Surnow stepped down as executive producer of 24 and created, The Half Hour News Hour. The comedy show was cancelled within six months due to poor ratings.