What is Joel Silver's net worth and salary?

Joel Silver is an American film producer,  director, and businessman who has a net worth of $100 million. Joel Silver earned his fortune as the co-founder of Dark Castle Entertainment and Silver Pictures. At the height of his producing career in the 1980s and 1990s, his films generated billions of dollars at the global box office. Some of his most notable hits include "The Matrix" franchise, the "Lethal Weapon" franchise, "48 Hours", "Brewster's Millions", and "RocknRolla". He produced movies for Warner Brothers for more than 25 years.

Joel Silver was born in South Orange, New Jersey in July 1952. His father was a writer and a public relations exec. Joel is credited with inventing the sport of Ultimate Frisbee with Jared Kass while attending Columbia High School. He formed the first college Ultimate Frisbee team at Lafayette College and later graduated from New York University's Tisch School of the Arts.

He began his career in the movie business with a job at Lawrence Gordon Productions. He eventually rose to the role of President of motion pictures. His very first producing screen credit was on 1979's "The Warriors".

While at Lawrence Gordon Productions, Silver would go on to produce such hits as "48 Hrs", "Brewstar's Millions", and "Streets of Fire".

In 1999, Joel and several partners – including "Back to the Future" director/producer Robert Zemeckis, founded Dark Castle Entertainment. Dark Castle Produced films like "House on Haunted Hill", "Gothika", "RocknRolla" and "Splice".

Joel produced movies for Warner Brothers for 25 years. He then signed a five-year deal with Universal Pictures which called for him to produce three films per year. He ultimately produced just one movie with Universal.

Other notable movies produced by Silver include "Sherlock Holmes", "The Book of Eli", "The Nice Guys" and "Superfly".

Joel stepped down from Silver Pictures in 2019. 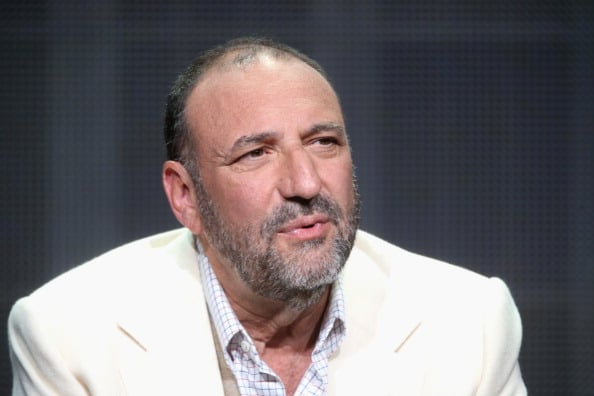 Joel owns, or has owned, a number of extremely impressive real estate properties. He is famously a very big fan of work of Frank Lloyd Wright. From 1984 to 2002 he owned the Wright-designed Storer House. Part of the house's design was incorporated into Silver Pictures' logo. He sold the property for $2.9 million.

In 2019 Joel sold a commercial property that was once his production company's headquarters, for $22 million.

Since the 1980s he has owned a 330+ acre estate in South Carolina called Auldbrass which features structures designed by Frank Lloyd Wright.

His primary residence for many years has been a 26,000 square foot home on a 5-acre estate in Brentwood, California. He custom-built the home in 2000. which he put on the market in late 2019 for $77.5 million. If he ultimately sells the property for more than $50 million, it would set the record for most expensive home sold in Brentwood, topping the $50 million Dr. Dre spent on Tom Brady's home in 2014. As of this writing, Joel still owns the property.

According to a detailed exposé published by The Hollywood Reporter, Joel has experienced some financial struggles in the last decade. In their article, the Hollywood Reporter alleged that in 2012 found himself drowning in debt owed to Warner Brothers. The debt was allegedly accumulated after years of borrowing against his profit participation points. THR claims that in 2012 Silver sold the future rights to his profit participation points on 30 years worth of hit films for a one-time lump sum of $30 million.

THR claims that when he jumped to Universal, Joel was immediately advanced $4 million against future profit participation. The studio allegedly only recouped $3 million of the advance and according to THR, Joel still owes the $1 million balance with interest.

THR further reported that "by 2014, Silver had borrowed as much as $29 million against his homes in Brentwood and Malibu through "hard-money" lenders known to charge high interest rates." That may partially explain Joel's real estate sales in recent years. Silver has apparently settled much of his real estate debt.