Joe Tessitore was born in Schenectady, New York in 1971. He graduated from Boston College and worked at an NBC affiliate in Dallas, TX. Tessitore then worked at WRGC in New York and then WFSB in Hartford, Connecticut. He became the station's sports anchor in 1997. Joe Tessitore joined ESPN and began calling boxing on Tuesday Night Fights and Friday Night Fights in 2002. He also appeared on college football and college basketball broadcasts and anchored horse racing for ABC and ESPN. Tessitore has produced multiple documentaries for ESPN's 30 for 30 series. He was the lead play by play announcer for ESPN's Saturday Night College Football Primetime game as well as the college football playoff. Joe Tessitore served as the play by play announcer for Monday Night Football in 2018 and 2019. In 2019 he became a host for the TV series Holey Moley. 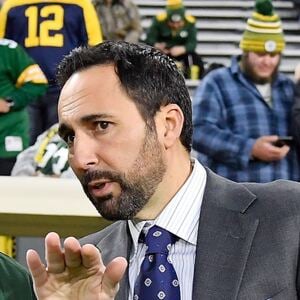