How much is Joe Simpson Worth?

Joe Simpson is an American Baptist Minister and talent manager who has a net worth of $20 million. Joe Simpson has earned his net worth as the father of American recording artist, actress, television personality and fashion designer Jessica Simpson and the father of an American singer-songwriter and actress Ashlee Simpson. Joe is a former psychologist and he also works as a manager for both his daughters Jessica and Ashlee. Joe is currently married to Tina Ann (née Drew), a homemaker and mother of both Jessica and Ashlee. Joe has been accused by both of his daughters Jessica and Ashlee about interfering with their lives. Joe Truett Simpson was born on February 17th, 1958 in Texas to parents Curtis T. Simpson and Joyce Alice. Joe gave a giant pink stuffed bear to his new little granddaughter Maxwell. She was born to Joe's oldest daughter Jessica and her fiancé Eric Johnson on May 1, 2012 and weighed 9lbs 13 ounces. Joe was born on was born on February 17th, 1958 to Curtis T. Simpson and Joyce Alice Adams. Joe's daughter Jessica was married to an American singer, songwriter, actor, producer and television personality Nick Lachey from October 26, 2002 until June 30, 2006. Even though Lachey's net worth was less than Simpson he turned down a $1.5 million settlement offer from Joe Simpson Jessica's dad. 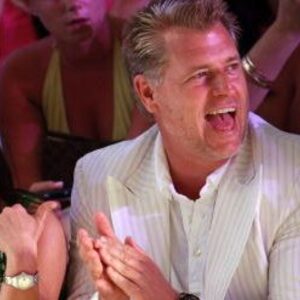