Joseph Jackson Net Worth: Joseph Jackson was an American music manager who had a net worth of $500 thousand dollars at the time of his death in 2018. Joe Jackson was born on July 26, 1928 in Fountain Hill, Arkansas. He was best known for being the father of a number of international pop stars including Michael Jackson, La Toya Jackson and Janet Jackson.

Joseph Jackson married Katherine Scruse in 1949 and together they had 10 children. Jackson reportedly lived a lonely childhood and had few friends. When he turned 18, he moved to Indiana to live near his mother. It was here where Joe pursued his dream of becoming a boxer. Joe Jackson found success with the Golden Gloves program and was preparing for a professional athletic career when he met 17-year-old Katherine Scruse. He was already married at the time, but had the union quickly annulled in order to be with Katherine. In 1963, Jackson became acutely aware of their children's musical talent and quickly transformed himself into the acting manager for the family group that would soon be known as The Jackson 5. The group enjoyed much success, but tensions eventually led to them firing Joe Jackson as their manager. Michael later accused Joseph Jackson of abuse, which some siblings confirmed and others denied. Joseph Jackson enforced long and intense rehearsals for his sons and booked them in more and more respectable venues until they landed a spot at the renowned Apollo Theater in Harlem, New York. The group won an amateur night contest and their win secured them a Motown record contract. The Jackson 5 became the first American group to have their first four singles go straight to No. 1 on the Billboard Hot 100 singles chart. With the money he earned from managing the group, Joseph moved the family into a mansion in Encino, California. When another woman gave birth to a child fathered by Joe Jackson, wife Katherine publicly denounced him and filed for divorce twice, but eventually dropped both cases.

In 1993, son Michael Jackson spoke out against Joe Jackson on the Oprah Winfrey show, detailing physical and mental abuse he endured at the hands of his father as a child. This issue split the Jackson siblings. On June 25, 2009, Michael Jackson died suddenly. Michael's last will and testament listed his mother as guardian of his three children. His father, Joseph, received nothing from Michael's estate. Joe Jackson died on June 27, 2018 at the age of 89 after suffering from cancer. 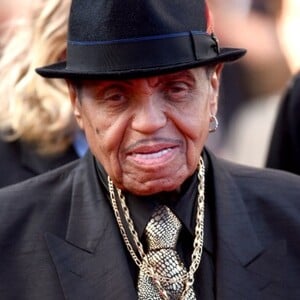