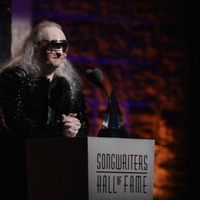 Jim Steinman net worth: Jim Steinman is an American lyricist, composer, and record producer who has a net worth of $10 million dollars. Jim Steinman was born in New York, New York, and went on to attend Amherst College. While at Amherst, he wrote multiple musicals, one of which caught the attention of famed director and producer Joseph Papp, who invited Steinman to work for him after graduation. Throughout the 70s, he continued to write musicals, and in 1977, he teamed up with Meatloaf to write what would become "Bat Out of Hell". It took the duo years to get a record company to purchase the album, but it was a success as soon as it was released. From there, he went on to write a steady string of hit songs, theme songs, and musicals, including "Total Eclipse of the Heart", "Holding Out for a Hero", "It's All Coming Back to Me Now", and the "Shrek 2" soundtrack. He was inducted into the Songwriters Hall of Fame in 2012.