How much is Jerry Weintraub Worth?

Jerry Weintraub net worth: Jerry Weintraub was an American film producer and former music executive who had a net worth of $325 million. Jerry Weintraub earned his net worth as the former CEO of United Artists as well as through his various film production ventures and work as a talent agent. He was born on September 26, 1937, in Brooklyn, and raised in The Bronx, Jerry Weintraub. He is the man behind major movies, spanning from Nashville, to the Karate Kid and Ocean's Eleven film franchises. He also produced several Broadway productions and concerts for such musical stars as Elvis Presley, Led Zeppelin, and Frank Sinatra. Just like in a fairytale, the kid from the Bronx without a college degree eventually turned into a silver-haired, lightly tanned and perennially optimistic man, who based his success story on the words: "if it hasn't been done, that probably just means it hasn't been tried." In that spirit, he was the first to put on a concert tour in a sports stadium, to sell the greatest hits of an artist (John Denver) that has only one hit, to have one of the greatest singers in the world, Frank Sinatra perform in a boxing ring in the heart of New York City. Thanks to his sheer output of quality projects throughout the years, Weintraub has received numerous recognitions and accolades. In 1986, he was named the Producer of the Year by the National Association of Theater Owners, and less than a decade later, Weintraub was entitled to the board of the Kennedy Center. Also, he became one of the first independent film producers to be honored with a star on the Hollywood Walk of Fame. Today, he spends his time with his girlfriend Susie Ekins in his home in Palm Desert, California. However, he is still formally married to famed actress Jane Morgan, aka Jane M. Weintraub. The couple separated in the 1980s, but they never got divorced. Jerry Weintraub died on July 6, 2015 at the age of 77. 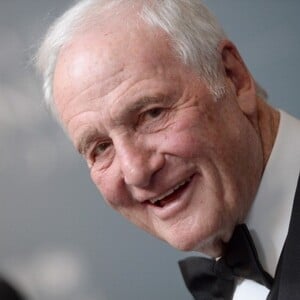