Jerry Heller Net Worth: Jerry Heller was an American music manager, writer, and businessman who had a net worth of $20 million. He was best known for his management of some of the earliest "gangster rappers," such as N.W.A and Eazy-E. That being said, Heller had already reached a considerable level of success before he started getting involved in rap music. He had represented a number of high-profile artists during the 60s and 70s, including Journey, Marvin Gaye, Van Morrison, Credence Clearwater Revival, Black Sabbath, and the Who.

By the 80s, he had begun to work with R&B and Hip-Hop performers such as Egyptian Lover and The D.O.C. Later, he worked with several well-known West Coast rappers, managing Ruthless Records and working with artists like Eazy-E, N.W.A., the Black Eyes Peas, Bone Thugs-n-Harmony, Dr. Dre, and many others. Today, a number of new fans have become familiar with Jerry Heller due to his controversial portrayal in the film "Straight Outta Compton." He was portrayed by Paul Giamatti in the film. Due to the negative way in which he was portrayed, Heller filed a lawsuit against the makers of the film.

Jerry died in 2016 when he suffered a heart attack while driving his car in Thousand Oaks, California at the age of 75. This was during the height of the "Straight Outta Compton" controversy, and his lawyer later blamed his death on the stress caused by the lawsuit and his negative portrayal in the film.

At the time of his death, Heller still lived two doors down from the Eazy-E's former infamous mansion where wild parties were held. Heller also still owned and drove a white BMW that had the license plate "RTHLSS2". The BMW was a gift from Eazy-E.

Early Life: Gerald Elliot "Jerry" Heller was born on October 6th of 1940 in Cleveland, Ohio. Raised in a Jewish household, Heller eventually served in the United States Army and enrolled at the University of Southern California after graduating from high school. By the early 60s, he was working in the agency business. He worked with a number of agencies before opening up his own agency in Beverly Hills.

Career: The Heller-Fischel Agency was founded in the late 60s, and it quickly became a profitable enterprise. During its first year, the company grossed $1.9 million, and this number rose to $3.7 million in the second year. By the third year, the agency was grossing $5.8 million, and by the fourth year Jerry's new agency was pulling in over $7 million each year. By this point, he was representing artists like the Who, Black Sabbath, and Grand Funk Railroad. The agency also had a number of successful songwriters on its payroll at the time, including Carly Simon, Van Morrison, and Cat Stevens. His business strategy was to keep his artists working in between their hit releases by touring them alongside other headliners who were represented by other agencies.

By the mid-1980s, Heller had seized upon a new type of music that was gaining popularity in the United States at a frightening speed. This was of court rap music. Jerry founded Ruthless Records alongside Eazy-E, which later led to the success of Priority Records and Interscope Records. Ruthless Records later went on to sell more than 110 million records, and it expanded to include artists and producers like Dr. Dre, who became successful largely due to Heller's support. While Jerry eventually left Ruthless Records and Easy-E passed away, the company was at one point pulling in more than $10 million each month in revenue.

During the 80s, Heller managed artists like C.I.A., an early group that included a young Ice Cube. There was also the World Class Wreckin' Crue, which included a young Dr. Dre. After teaming up with Eazy-E, Ruthless went on to release six platinum albums. Eventually, Ice Cube and Dr. Dre split from Heller's management and N.W.A broke up. Eazy-E remained with Jerry, and this caused Dre and Cube to release diss tracks aimed at both Ruthless co-founders. One of Ice Cube's diss tracks aimed at Eazy-E included the words "You let a Jew break up my crew," which was an obvious reference to Heller.

Many details of the formative years of West Coast hip-hop were highlighted in Jerry Heller's memoir: "Ruthless: A Memoir." In this book, he denied all allegations of financial wrongdoing. He also stated that Eazy-E once planned to murder Suge Knight, but that he was able to talk the rapper out of it. Heller also stated that he regretted this choice, and that "I should have let him kill him."

Controversy: In recent years, the biggest controversy that surrounded Jerry Heller was his portrayal in the 2015 film "Straight Outta Compton." Seeing the way he had been portrayed, Jerry filed a lawsuit against members of N.W.A, NBCUniversal, various production staff members, Dr. Dre, and Ice Cube. The lawsuit argued that the film contained false statements that damage Heller's reputation. The defendants then filed a countersuit, and nearly all of Heller's lawsuit was thrown out with the exception of one key claim. In 2018, Jerry's lawsuit was dismissed two years after his death. In contrast to his portrayal in "Straight Outta Compton," Heller was portrayed in a much more favorable light in 2016's "Surviving Compton."

Passing: On September 2nd of 2016, Jerry Heller was driving in Thousand Oaks when he suffered a sudden heart attack. This resulted in him crashing his car and suffering injuries. Although Jerry was transported to a nearby hospital, he later passed away at the age of 75. Immediately, his lawyer argued that the crash and heart attack was largely the result of "Straight Outta Compton." This lawyer maintained that the film put him under an incredible amount of stress, a sentiment that was later echoed by TMZ. 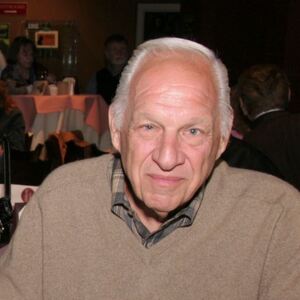