What is Jerry Bruckheimer's Net Worth and Salary?

Jerry Bruckheimer is an American film and television producer who has a net worth of $1 billion. Jerry Bruckheimer is frequently referred to "the most powerful man in Hollywood," and the moniker is well-deserved. Over the course of his career, Bruckheimer has worked on some of the highest-grossing films in history.

He is known for working with big studios such as Disney and Paramount, and he also produces TV series alongside Warner Bros. and CBS.

His television production arm created the CSI and The Amazing Race franchises.

Jerome Leon Bruckheimer was born on September 21st of 1943 in Detroit Michigan. Raised in a Jewish household by German immigrant parents, Jerry graduated from high school in 1961 at the age of 17. He then attended the University of Arizona, graduating with a degree in psychology while developing a love for film and photography. After graduating, Jerry Bruckheimer immediately found work in advertising. While working in New York City and Detroit, he worked on ads for the Pontiac GTO and started producing commercials for brands like Pepsi.


Jerry Bruckheimer began his career as a film producer in the 1970s, starting with films like Farewell, My Lovely and March or Die. Throughout the 80s and 90s, he formed a close business connection with Paramount Studios, working hand in hand with producer Don Simpson. They kicked off their business relationship with the 1980s smash hit Flashdance, which raked in $95 million at the box office. He tripled that number with 80s blockbusters Top Gun and Beverly Hills Cop.

In 1990, Simpson and Bruckheimer signed a $300 million, five-year deal with Paramount. That deal soon fell apart after the lackluster box office performance of Days of Thunder.

Bruckheimer forged ahead over the next few years, producing immensely successful films such as Black Hawk Down, Armageddon, and Pirates of the Caribbean. Simpson's death also marked the beginning of Bruckheimer's foray into television. He focused on creating police dramas at first and experienced lasting success with CSI: Crime Scene Investigation. Bruckheimer is also known for producing The Amazing Race.

Bruckheimer also has close ties with Disney, although they officially ended their business relationship in 2014 following the underwhelming box office performance of The Sorcerer's Apprentice and The Lone Ranger. After splitting with Disney, Bruckheimer signed a new deal with Paramount and began work on sequels to Top Gun and Beverly Hills Cop. 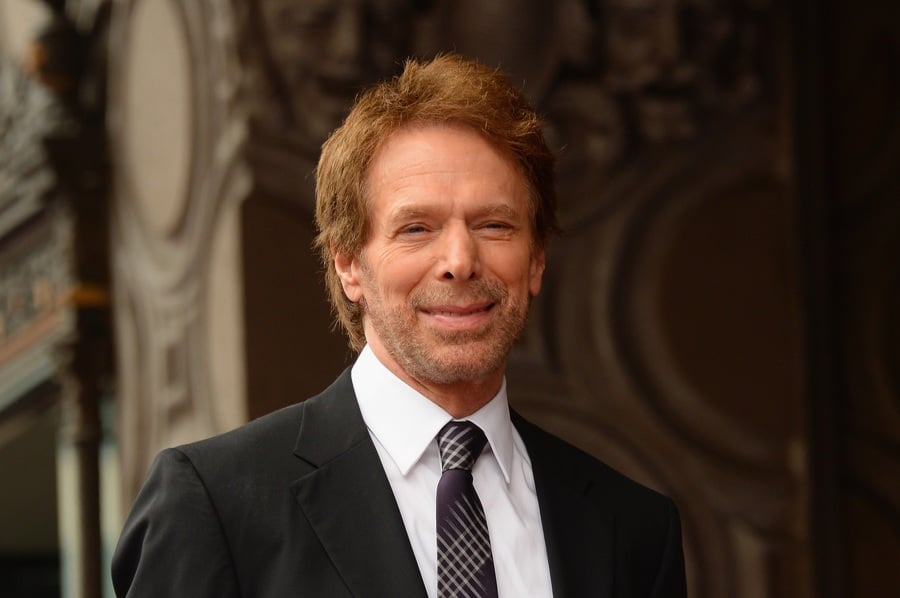 Bruckheimer serves on the board of directors for ZeniMax Media, a video game holding company that owns studios such as Bethesda, Id Software, and Arkane Studios. He frequently appears at promotional events for Bethesda games such as Fallout and Skyrim.

Jerry Bruckheimer is also involved in the sports industry, having purchased an NHL expansion team based in Seattle. After paying a $650 million expansion fee along with other investors, Bruckheimer helped the team prepare for their debut season in 2021-2022.

Jerry Bruckheimer has significant real estate holdings across America. In 1985 Jerry paid $1.9 million for a 9,000-square-foot contemporary home in Brentwood, Los Angeles. He attempted to sell the property for $14.5 million in 2015, eventually settling for $11.5 million in 2019. The buyer was talent manager Jimmy Miller, brother of comedian Dennis Miller.

In 1987 Jerry bought a Malibu beachfront home with over 70-feet of ocean frontage for $2.4 million. In 2012 he sold the home to Oracle billionaire Larry Ellison for for an undisclosed amount. Ellison already owned the two homes on either side of Jerry. Comparable homes that weren't highly-desired by one of the richest people on the planet are worth $20-30 million, so one can only imagine what Ellison paid.

In 2005 Jerry paid a bit under $13 million over two transactions to piece together what became an incredible 6,000 square-foot penthouse in Miami. Jerry listed this property for sale in December 2020 for a bit under $17 million.

In 2013 Jerry paid $23 million for a lavish Beverly Hills 7-bedroom, 20,000 square-foot home that sits on over 2-acres. He reportedly out-bid Sean "Diddy" Combs for the estate which was being sold be Guess? jeans co-founder George Marciano.

Outside of Los Angeles, Bruckheimer maintains a 400-acre estate in Ojai, California and a 1,600-acre horse farm in Louisville, Kentucky. His wife Linda is from Kentucky and loves horses. At the Kentucky estate, Jerry installed a 120 foot, professional-level skating rink. They also own a number of historic buildings, a recreation center and restaurants around the nearby town of Bloomfield, Kentucky. Linda Bruckheimer has been described as "the fairy godmother of Bloomfield" for her efforts to restore, revitalize and preserve the town.

Jerry was married to producer Bonnie Sue Fishman from 1969 to 1974. Today he is married to author Linda Sue Bruckheimer. 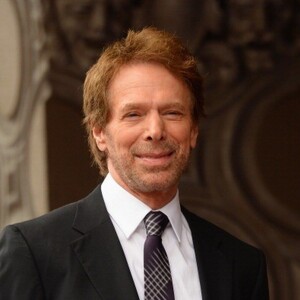